From 'obscene profits' to 'obscene losses' 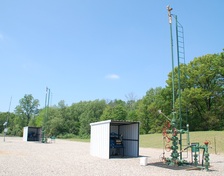 The Detroit News recently reported that low oil prices have resulted in a decreased number of new oil and natural gas wells around Michigan. As a result of the slowing markets and dropping prices, the industry is seeing losses mount and is laying off hundreds of thousands of employees across the country. The article notes that Michigan is setting record lows in the number of drilling permits, with accompanying job losses. In fact, Energy Information Administration (EIA) numbers indicate that oil production in the state actually reached a 25-year low in 2015.

This revelation isn’t terribly surprising, as the hardships being faced by the oil and gas industry are well known. But one section from the article did stand out.

Mega oil companies such as Exxon Mobil Corp. and BP PLC are saddled with massive debt and generating ‘obscene losses’ that are ‘unlike anything we’ve ever seen before in history.’ …

The term “obscene” in relation to energy companies is interesting. Flash back a decade or so ago and it was applied in a much different context.

In April 2006 — when the crude oil price was at approximately $67 per barrel — a CNN news item quoted bipartisan views on how to address oil prices and industry profits.

Amid rising gas and oil prices, a leading Republican said on Sunday that the U.S. government should consider imposing a windfall tax on oil company profits.

‘I think it's something worth considering among a number of options,’ Pennsylvania Sen. Arlen Specter, chairman of the Judiciary Committee, told CNN's ‘Late Edition.’...

Sen. Carl Levin, a Michigan Democrat, told CNN's ‘Late Edition’ on Sunday, ‘We need a windfall profits tax, because these profits have been absolutely obscene.’

When oil companies are making “obscene profits,” elected officials on both sides of the aisle trip over themselves to impose a “windfall profits” tax. Of course, Sen. Specter has passed away and Sen. Levin has retired, but many people currently in office had made the same call for windfall taxes.

Now that oil prices are near an all-time low, these calls have died down. But it is markets, not environmentalists or politicians, which have driven down prices for consumers and led to these “obscene losses” that are “unlike anything we’ve ever seen before in history.”

Don’t hold your breath waiting for politicians to stick with their “windfall” logic by demanding aid to help address the financial pressures the industry is facing. That logic only holds when it can help expand government spending. Of course they shouldn’t demand aid, just as they shouldn’t demand additional taxes. Government officials should allow competitive markets to work and, thereby, produce greater prosperity for everyone.

It is more realistic to expect that when the energy market turns around, elected officials will go back to their demagoguery. But people should keep politicians’ track record in mind the next time they engage in a craven grab for headlines, more money and more political power.