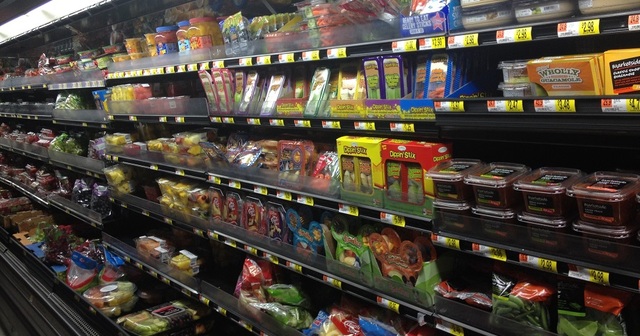 Food prices are as affordable as ever for Americans.
Blog

Actually, Michiganders are Better off Than Their Parents

Times have been tough, but the American Dream is still alive

Bridge Magazine has a piece on “Michigan’s stumbling middle class” and says, “today’s workers are part of the first generation in Michigan history who, taken as a whole, are not better off than their parents.”

But that’s not the end of the story. And by nearly all measures, we are much better off today than in the past.

There are two ways to improve your material standard of living. First, earn more. Second, buy more with what you have earned.

Related to the first point: Median household income has in fact declined, but not quite as pronounced as the article makes it seem. The average household size has dropped from 3.14 people to 2.54 since 1969. Adjusting incomes accordingly produces the not-nearly-as-shocking result that median household income per person was only 6 percent higher in 1969 than it is now.

Also, income, as reported in many official statistics, is not the same as a person’s total compensation. As noted by Daniel Smith, a professor at Troy University:

Over the last few decades, employees have been receiving an increasingly larger portion of their overall compensation in the form of benefits such as health care, paid vacation time, hour flexibility, improved work environments and even day care. Ignoring the growth of these benefits and looking at only wages provides a grossly incomplete picture of well-being, and the increase in compensation for work. While it is difficult to adjust for all of these benefits that workers are now receiving, one measure of wage and salary supplements show they have nearly tripled since 1964. Total compensation, which adds these benefits to wages and salaries, shows that earnings have actually increased more than 45 percent since 1964.

For a variety of reasons, household incomes have declined more in Michigan than in many other states. But total compensation per person has almost certainly increased in real dollars.

For the second point: It is indisputable that an inflation-adjusted dollar today goes much further than it did during previous generations. Here are a few key ways how, as I have noted in the past:

Michigan is coming out of a historic lost decade, but things aren’t as bad as some would make it seem. When you consider new technologies that are getting cheaper and better every day and how the standards of living across income levels have converged – it’s a great time to be alive.