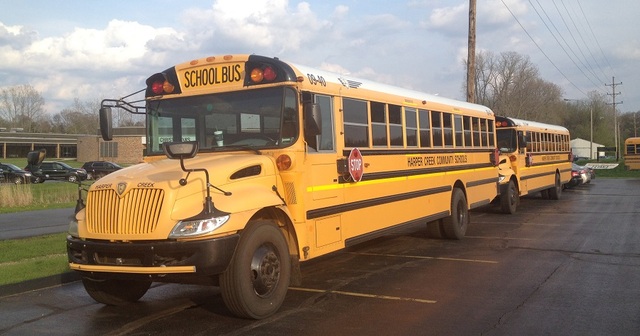 Albion Superintendent Jerri-Lynn Williams-Harper is asking nearby school districts to stop providing transportation to Albion students who have chosen to enroll in a different district through "Schools of Choice." Most districts throughout the state participate in SOC and have opened their doors widely and sought to serve disadvantaged students from other districts.

Williams-Harper, whose district has seen hundreds of students leave using SOC, wrote a letter to nearby districts asking them to "cease and desist immediately" from busing in Albion students to the schools of their choice.

By asking school districts to withhold busing, the Albion superintendent is trying to trap students in her district — specifically those who already want to leave. If Williams-Harper wants to boost enrollment in Albion, she would do better to give students reasons to stay, rather than trying to get other districts to stop serving them. That might take more time than simply writing a letter, but in the long run it will be more effective.

If any superintendents bow to her request, they will be complicit in forcing the neediest families — those who cannot provide transportation themselves — back to schools they’ve judged not to work best for them. Reneging on transportation would show that nearby school district leaders value preserving a floundering school district over helping nearby families.

Which raises the question: Does our public school system exist to serve families and children — or school officials and employees? Fortunately for Albion residents, it sounds as if nearby school districts will choose to serve families by continuing to offer transportation services.

Springport Superintendent Randy Cook, whose district enrolls 150 Albion students, told MLive, "We've tried to be as respectful as we can be, but we also have to be responsive to the parents who want their children to come to Springport for the quality education we provide them."

Perversely, Williams-Harper is trying to stop activity that school choice critics should be applauding. Many critics of choice worry that the students who leave their neighborhood districts are more affluent — because districts are not required to provide transportation to SOC students. (This is not a problem with regards to charter schools, another popular public school option in Michigan: Charters are more likely to enroll low-income students than conventional districts.)

Indeed, John Austin, president of the State Board of Education, voiced this very concern at a forum in Albion in 2013, "Who gets to exercise that choice, if you don’t provide transportation? Is this choice equitable for everyone? You get those who can afford it who want to get out” of struggling schools.

By providing busing, area school districts are opening up choice to all families — not just those who can afford to provide transportation themselves.

Williams-Harper's actions are a reminder of the way Michigan's public education system once was: Students would attend their neighborhood district, with no other available public option. But over the past two decades, enrollment through SOC has grown and now more than 100,000 students in Michigan opt to attend a school using SOC. Rather than try to take options away from families, Williams-Harper should be working to give them reasons to stay.