Proposed law would require public workers to work for the public 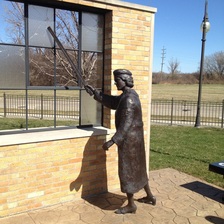 The Michigan Senate is considering a bill that would prevent taxpayer-funded union “release time” in most settings. There is a real-world cost to this practice, which allows union stewards to spend time working for a private entity when they are supposed to be working for the public.

Senate Bill 280, introduced by Sen. Marty Knollenberg, R-Troy, would prevent collective bargaining agreements from offering paid release time used by teachers or other school district employees to conduct union business. While still allowing employees to spend time working on union negotiations, this would be paid for by the union rather than taxpayers. This would relieve taxpayers from footing the bill for employees who perform no educational services.

In 2011, documents obtained by Michigan Capitol Confidential showed that taxpayers were spending millions of dollars on these special arrangements. Thirty-nine districts had employees who were released from their normal job to spend at least half their time working for the union at a cost of at least $2.7 million.

We are currently updating that analysis. Early results show that dozens of districts are still offering full or partial release time at a large cost to taxpayers.

For example, the union president in Livonia Public Schools earns a full salary and benefits at a cost of nearly $98,000. But Joanmary Nenninger is not teaching in a classroom – she spends her time working on union business at taxpayer cost.

Taxpayers are paying double for these types of arrangements — once for the union workers and again for a substitute or another school employee to take their place in the classroom. That’s a bad deal for our public education system.

Now is the Time to Start Downsizing ISDs