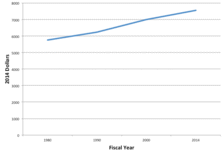 Michigan spends $1.5 billion per year on public universities, with most of the money coming out of the general fund. These funds are appropriated to the state’s 15 public universities in an arbitrary way, with huge disparities in the amount handed out per pupil.

Evidence suggests that state taxpayers are getting little bang for their buck for these subsidies. Higher education spending does not necessarily lead to a better educated public. For example, federal funding for higher education increased 10 fold from 1970 to 2010, but a smaller portion of low-income people have college degrees today than they did in 1970. Subsidizing universities also doesn't necessarily lead to more college graduates overall, reduce the so-called “brain drain” or produce economic growth. 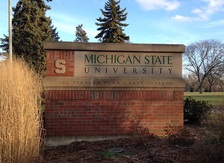 And government spending on universities causes distorted effects, likely contributing to skyrocketing tuition prices. Paul Campos, a law professor at the University of Colorado, notes in a recent article in the Atlantic that “despite spiraling tuition, government subsidies for higher education are – contrary to popular belief – at an all-time high.”

Campos shows that tuition has nearly quadrupled at public universities, adjusted for inflation, since 1980. And states have upped their appropriations nearly 50 percent in real dollars. And that's only half the story: The federal government almost matches the total spending by the states by spending another $80 billion on higher education in the form of direct subsidies, tax credits and tax breaks.

In all, Campos calculates that in real dollars total state and federal subsidies have more than doubled, while funding per pupil has increased almost 30 percent (see image).

Few areas have seen the growth of government funding and involvement like higher education. This money has been a driver of higher costs for students and created other distorted incentives. Michigan should lessen its contribution to this bubble by shifting funds to more important areas.