The exodus of young and educated young people from Michigan is one of those “clear, simple and wrong” explanations often cited as a factor in Michigan’s poor economic performance. The reality is that young people are already highly mobile even in a good economy, and that even in Michigan’s ongoing bad times, we're actually doing pretty well in attracting college graduates to the state.

This chart shows the state outflows of young people with college degrees from 2000 to 2006, courtesy of Michigan’s state demographer Ken Darga: 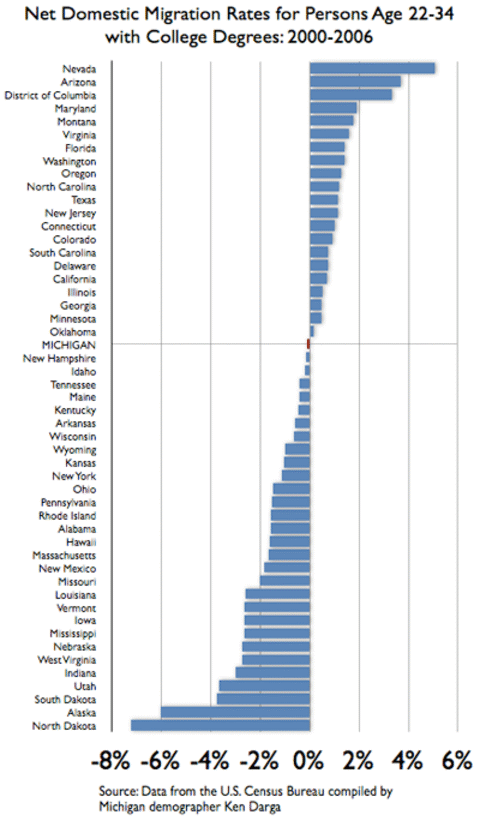 Note that the outflows and inflows of young college grads to and from this state are fairly balanced.

However, the chart below shows that Michigan does have a problem with the overall outflow of people to other states. 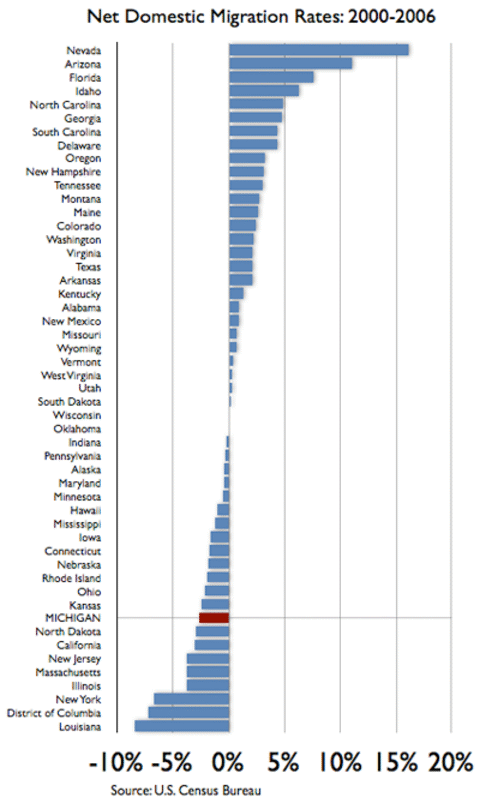 While both these numbers have taken a bigger dip in recent years, they show that Michigan's problems aren't from large outflows of graduates. Michigan has a lot of problems, but a "college grad brain drain" isn't one of them.