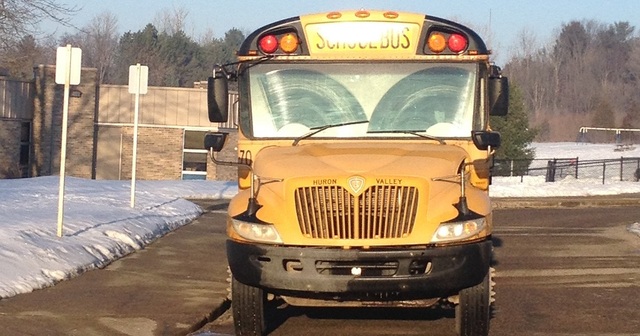 Detroit Coalition Plan Would Lead to More Schools Outside of Detroit

The River Rouge School District buses students out of Detroit to attend its schools. This makes financial sense for the district: More than 400 River Rouge students live in Detroit and attend the district through the state's Schools of Choice program. These are families who have chosen to leave their neighborhood school.

An estimated 17,000 Detroit students leave the city to attend public charter schools outside its city limits. Some charter schools bus students out, like River Rouge. Conner Creek Academy, located in Roseville, buses in students from Detroit and Highland Park.

Recently, a coalition of Detroit interest groups released a proposal to severely limit the city’s educational choices for parents. It's not hard to imagine an acceleration of the types of arrangements described above if this proposal is implemented.

These behaviors occur because people realize they can get around a costly burden by simply crossing an artificial geographic boundary.

The same can be expected if a Detroit coalition's proposed regulation of educational choice is successful. That's because several of the coalition's proposals will place an undue burden on schools operating in the city of Detroit — a burden schools can avoid by simply locating outside city boundaries.

A likely result will be that fewer schools will open in the city itself, and more schools will open right on the suburban boundary, perhaps offering to bus out Detroit students. For those who might doubt this, consider the broad regulation of Detroit conventional and charter public schools the coalition is proposing.

The coalition suggests creating a powerful commission that can choose whether a new school will be allowed to open within city limits. This commission will even have the power to choose where new schools can be opened.

The coalition reasons that there are too many schools in some parts of Detroit and too few in others. These circumstances, proponents argue, require a commission to determine the best location for new schools. This argument ignores the rigorous work many charter schools undertake to find the best location for a school. Charter schools may even consider whether a nearby school has a track record of failing its students when choosing where to locate.

Consider the new costs, risks, and timeline of opening a school in Detroit under the coalition's plan: Even if a school has been authorized by a public university, community college or school district, it will have to go through another series of approvals with a new Detroit commission, which could stop the school’s already well-developed plans in their tracks.

The school will also have to consider the risk of being told it may not operate in the location it deems best to serve the most students. The new powerful commission, viewing some Detroit neighborhoods as having “too many” schools, could require a new school to operate at a different location — one that is more costly and limits a school’s ability to attract new students. All of these new requirements will take more time, and could delay the opening of a school by months, or even years.

The coalition's plan may very well have the unintended consequence of increasing the number of families leaving Detroit for better educational options.