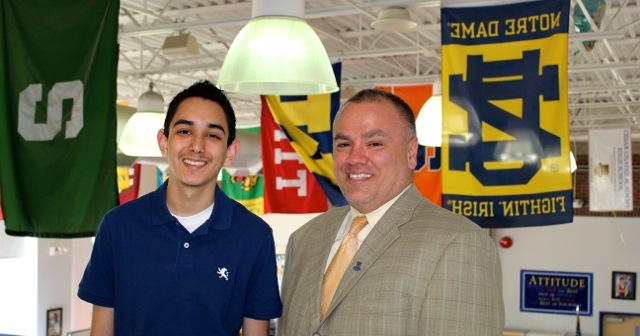 Had been accepted to several top universities

Last April, Michigan Capitol Confidential published “From Detroit to the Ivy League: One Student’s Journey,” about Cesar Chavez Academy student Daniel Felix, who comes from a poor community but achieved high academic scores and letters of acceptance from many of the top universities in the country.

The best research shows that students in charter public schools in Michigan gain an academic advantage over their conventional school counterparts. According to a study from the Center for Research on Education Outcomes (CREDO), charter students in Detroit gain three months of additional learning compared to students of similar backgrounds in Detroit Public Schools.

Many readers responded positively to Daniel’s story. Daniel now attends Stanford University and recently finished his first trimester. According to his former principal, Juan Martinez, he is doing well. Martinez reports that Cesar Chavez, which ranked fourth in the state on the Mackinac Center’s recently released “High School Context and Performance Report Card,” also recently had a student accepted to the United States Military Academy at West Point.

A video of Daniel's story: