No 'Replacement Revenue' for Taxpayers on Roads 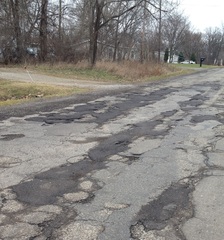 Legislators are trying to make a deal for more road funding before they finish their term. Their latest proposal show less sympathy for taxpayers than for spending interests.

The new deal is reported to move the sales tax on gasoline to fund the roads instead of schools, local governments, and other general budget items. Few states levy sales taxes on gasoline. They would also ask voters to approve increasing the state sales tax from 6 percent to 7 percent. The changes reportedly will not go into effect if the proposal loses at the ballot box.

Thus, Lansing politicians are asking for a large tax hike. If approved, Michigan will be tied for the nation’s second highest state sales and use tax rates, second only to California’s 7.5 percent assessment.

This is much different from the plan introduced by House Speaker Jase Bolger, R-Marshall,which gradually allocates sales taxes on gasoline to the transportation budget. Because the state’s economy is recovering and tax revenue is increasing, Rep. Bolger's proposal would not require any budget cuts — just mitigated growth of future revenue.

This proposal to devote more funding for the roads without reaching deeper into taxpayer pockets was met with anguish from state spending interests, who claimed that it did not find replacement revenue for the money that would otherwise be spent on schools and local governments if sales taxes on gasoline were spent on roads.

Some believe these spending interests are entitled to grow by 32 percent over the course of Rep. Bolger's plan instead of 25 percent.

Yet that sympathy for those budget items does not extend to taxpayers. A proposed $1.3 billion increase in sales and use taxes does not identify replacement revenue for the taxpayers who will foot the bill for this spending.

Michigan is starting its fifth year of an economic expansion that has generated more revenue for the state government budget. Between revenue growth and the savings opportunities in the state budget, this deal unnecessarily protects spending interests at the expense of taxpayers.