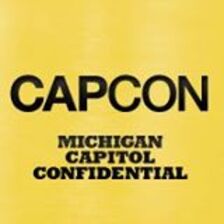 Several Michigan Capitol Confidential reporters won awards from the Detroit chapter of the Society of Professional Journalists at its annual “Excellence in Journalism” dinner Wednesday night.

Anne Schieber received honorable mention in the “General News Reporting” category for her series on townships threatening to raise people’s taxes if they were not allowed into certain homes. Judges said the story was “Well-told in both print and video.”

The full list of award winners is available here.