Hollywood getting more corporate welfare from your pockets

The Michigan Film Office announced recently that the producers of the next Superman-Batman movie would film in Michigan and collect $35 million in taxpayer cash for their efforts. The size and scope of the deal and film left me asking if one of these two superheroes might be kind enough to save taxpayers from another beating.

The deal also reminded me that too many Lansing politicians are operating in a sort of fantasy comic book of their own. A land where "men of steel" in red and blue tights can fly and some think it's a good idea for government to loot small taxpayers to subsidize big corporations in the name of "creating jobs."

The $35 million dedicated to this film and others is a colossal waste and might be better spent — along with all other corporate welfare money — improving roads or schools or just letting taxpayers keep more of what they earn. The annual appropriation for the film program is now $50 million.

Given the popularity of the program amongst Lansing politicians, it is worth repeating the key reasons taxpayers should demand and end to it.

Whatever jobs are created by hyper subsidies to Hollywood filmmakers are likely destroyed elsewhere. There are no free lunches. To make filmmakers bigger, the state must make taxpayers smaller. No state film program to my knowledge has ever returned to a treasury more than it has taken.

My colleague, Jarrett Skorup, estimated last June that 5 million-plus Michigan potholes could be filled with the money wasted on the film subsidy program. If not potholes, why not a broad-based tax cut? There are jobs in road building, too.

The film incentive program doesn't run itself and the money dedicated to reviewing applications and doling out the corporate welfare isn't free. That money, and the government workers it supports, would be better left in the private sector.

What is it about government bureaucrats — elected or otherwise — that makes them think they have the talent to invest our money in job creating enterprises any better than we can do on our own? It's the classic "fatal conceit" of the political class — that they not only know what is good for us, but that they can centrally organize our economic lives in a way that would be better than if they had simply left us alone. Such thinking betrays a certain arrogance.

It's hard not to laugh, picturing a state senator sitting on some perch shouting: "I, Thor, the great God of Thunder, will lower my hammer and there will be jobs!" If Senator Thor actually thought that such financial support really created a positive return, then he would put down his hammer and take out his own wallet, not that of taxpayers. 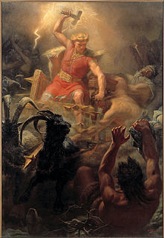 One hates to be this cynical but it does not strain credulity to suggest that the recipients of government largess might receive grants because of relationships, not because of sound projects.

Michael Moore was an appointee to the Michigan Film Office Advisory Council, a group that helps facilitate participation in the film subsidy program, when his production company applied and was approved for a refundable tax credit for his 2010 film, "Capitalism: A Love Story." Published reports indicate the tax credit was worth up to $1 million.

Maybe Moore's participation as a state film office adviser had nothing to do with state support of his film, but then again, maybe it did.

In a supreme twist of irony and hypocrisy, the film complains about government subsidies for Wall Street. (For more on these subjects, see "Michael Moore's 'Greed' Message Doesn't Apply to His Film's Financiers;" "Michael & Me" and "Special Effects: Flawed Report on Film Incentive Provides Distorted Lens.")

It should be abandoned immediately and the money better spent elsewhere or returned to the taxpayers in its entirety.