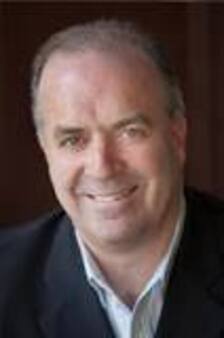 MLive ran with the official narrative about the Democrat's proposal, publishing an article claiming that the "First bill proposed by Congressman Dan Kildee would help Flint, other cities eliminate blight."

The bill was cast as a request for more funding for the demolition of vacant buildings throughout the country. However, the text of the bill reveals that the legislation may be an attempt at providing funding to "land banks," which are government entities that acquire tax-foreclosed property. According to the bill, government land banks and government corporations could use up to $1.9 billion to acquire more property, as well as to fund demolitions.

Though Rep. Kildee's press release says the bill will reduce blight, it is impossible for Michigan land banks to eliminate "blight," since every property they acquire is deemed legally blighted for perpetuity.

Rep. Kildee's bill is unsurprising, given his history of advocating for the expansion of land banking throughout the United States.

The Democratic congressman started the Genesee County Land Bank, Michigan's first government land bank. A few years later, he left to found an entity called "Center for Community Progress," where he pulled more than $230,000 to pitch land bank legislation to state governments across the country.

Rep. Kildee has characterized land banks as the "smartest and luckiest speculator," though a more accurate portrayal would be "the most privileged and powerful speculator." Land banks are given every advantage over private developers in Michigan.

Moreover, land banks have not proven to be especially good at speculation. Instead, they are vehicles for government to amass property. Bridge Magazine reports that the Genesee County land bank now owns 15 percent of all property in the city of Flint. St. Louis, Mo., home to America's oldest land bank, has a long history of failure and cronyism and is the city's largest landholder.

Of the $1.9 billion Rep. Kildee is proposing spending, up to $124 million would be spent in Michigan. Ostensibly, the purpose of the bill is to help demolish vacant buildings throughout the United States. However, the timing of Kildee's bill happens to help government land banks access additional funding — just as they are running out of federal money.

In February 2010, the U.S. Department of Housing and Urban Development awarded nearly $224 million to Michigan for land banking activities. Money was used to expand land banks and to acquire property. The last phase of the federal grant expired in February 2013. This is likely putting financial pressures on land banks throughout Michigan.

More federal money should not be awarded to government land banks, most of which Rep. Kildee and his nonprofit organization helped create through advocacy. Instead, there should be a thorough review of the $224 million in federal money already spent on Michigan land banking (not to mention local and state tax dollars). Have land banks reduced vacancy in a meaningful way? Would private-sector development have produced better results? What did we get for $224 million?

It is an open question whether government land banks are stemming the spread of blight, or making it worse. In Michigan, some land banks have prevented private development and have favored some businesses over others.

It's time to take a closer look at land banks, instead of bailing them out.