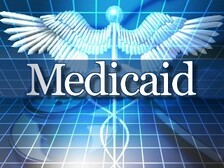 While grass-roots activists here are focused on a so-called Obamacare "partnership" exchange, special-interest lobbyists are mounting a full-court press for something far more critical to the law's survival: Medicaid expansion.

The Medicaid battle is being fought in Lansing every day in committee hearings and legislators' offices, and in the excerpt below, The Washington Examiner’s Tim Carney describes events on this front elsewhere:

In other states, the Obamacare drama plays out the same way.

In Ohio, Republican Gov. John Kasich recently announced he would expand Medicaid as prescribed — but not required — by Obamacare. "We have been actively involved" in pushing this expansion, Cleveland Clinic top lobbyist Oliver Henkel told my Washington Examiner colleague Philip Klein. The clinic reached out early on to Kasich's administration and helped win them over.

One Columbus lobbyist told me that the hospitals were the driving force behind convincing Republicans. …

This is a familiar story. Republicans tend to drop their opposition to big government when big business pushes them hard enough. We've seen it in Washington: The two biggest expansions of government under President George W. Bush were the 2008 Wall Street bailout and the 2004 expansion of Medicare to cover prescription drugs — both of which had firm business support.

Obama always had the hospitals and drugmakers on his side in passing Obamacare through Congress. Now these industries are pushing the law through state capitals, too.

A reminder: Michigan lawmakers already declined to set up a state-run Obamacare exchange, which really is a “Department of Obamacare Subsidy Eligibility and Administration.” It’s official: The feds will be running that department here.

The Medicaid expansion is far more critical to Obamacare's survival. Legislators are uncertain, but many are properly skeptical and asking good questions. The issue is wrapped up in next year's state budget discussions, and it will be decided one way or another by the end of June at the latest.

A good primer to get up to speed on the expansion is Avik Roy’s piece a few weeks ago on the Ohio decision, "How Ohio's Medicaid Expansion Will Increase Health Insurance Premiums for Everyone Else." A few minutes following the links in this Mackinac Center item also will help: Questions About Obamacare Medicaid Expansion.