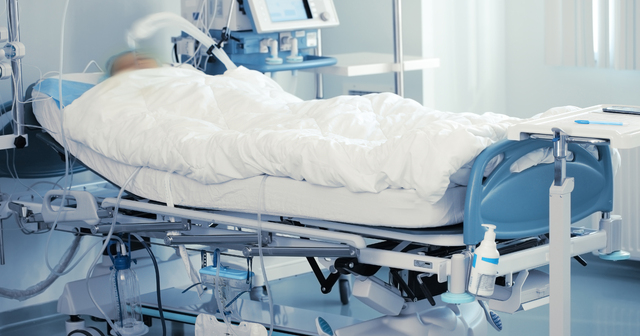 The Centers for Medicare and Medicaid Services within the U.S. Department of Health & Human Services has proposed a new, 96-page rule it claims will streamline Medicaid services. The rule’s practical effect, however, would be to make it harder to ensure that beneficiaries are even eligible for the program.

Medicaid is a massive federal and state health care program designed to help low-income Americans. Michigan expanded the program in 2013 after the Affordable Care Act made that possible. The act curtailed states’ ability to police Medicaid rolls. It is estimated that up to 20% of Medicaid spending nationwide may already be improper.

The new rule would expand those limitations and by default increase Medicaid enrollment, adding three million more beneficiaries and raising costs by $100 billion over the next five years. States would be responsible for 40% of that additional spending.

The new rule limits how frequently state officials can conduct eligibility determinations and valuable in-person interviews. It also constrains state officials from demanding additional evidence of citizenship and financial need. The proposed rule expands what has been called an “honor system” or self-attestation by applicants for Medicaid. In a world of identify theft and massive fraud perpetrated recently on governments across the country, including Michigan’s, relying on applicants’ word is inviting trouble.

Consider just one Michigan-specific example. Last October, the state announced charges against a Detroit man for submitting 3,000 fraudulent Medicaid claims to obtain government-issued cell phones, which he would later sell. When he was arrested he had 150 Safelink Wireless phones in his possession and evidence of personal information from 7,000 identity theft victims. That is just the fraudulent activity of one man.

Even without explicit fraud there are many collecting Medicaid services who may simply be ineligible. In March, Michigan Auditor General Doug Ringler released a performance audit titled, “Medicaid and CHIP Client Eligibility Determinations.” The audit concluded that “inaccurate eligibility determinations and failure to maintain documentation resulted in estimated improper payments of $2.3 billion and $89.5 million for Medicaid and CHIP, respectively.”

The auditor general also found that the Michigan Department of Health and Human Services made more than $45 million in inappropriate payments to “beneficiaries whose alien status was not appropriately verified by MDHHS.” Checking citizenship would be harder under the proposed rule.

The new rule may also come at a time when COVID-19-era federal rules prohibiting removal of Medicaid recipients are set to end. The state’s adopted Fiscal Year 2023 budget reduces Medicaid spending by $850 million in one-line item, $135 million from the state’s important General Fund. Lawmakers made this change on the basis of “assumed savings resulting from the resumption of eligibility redeterminations upon the expiration of the declaration of the public health emergency in 2022.” If this rule is adopted, at least part of those assumed savings may vanish.

Medicaid is not the only arena in which Michigan has made improper payments. During the pandemic the state made up to $8.5 billion in fraudulent unemployment insurance claims. That was reportedly a function of expanded federal benefits and overwhelmed state employees. Michigan has not been the only state to make payments to ineligible beneficiaries under Medicaid and unemployment insurance.

The irony of a new federal rule limiting states’ ability to conduct proper reviews of eligibility should not be lost on taxpayers who will be asked to pay more for enrollees. It is happening at a time when the federal government seeks to hire 87,000 new Internal Revenue Service agents to conduct more tax audits of more people. Why should taxpayers be subject to more invasive reviews while those they support through Medicaid face even less scrutiny? Why should Medicaid recipients be allowed to work on an honor system while taxpayers are subject to detailed audits?

The state needs to conduct eligibility determinations in order to ensure program integrity. It should be given more ability to conduct such reviews, not less.