The Facts on Subsidized College Degrees 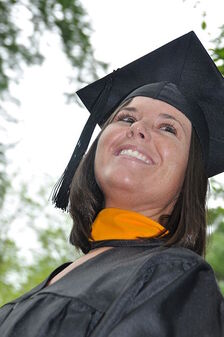 In response to my article last week on why state government shouldn’t subsidize higher education, several proponents of more state funding for universities disputed the claims but presented no actual evidence to counter the points.

There is no link between higher education subsidies and economic growth, and none between college degrees and job creation. In recent decades, Michigan spent much more than other states on college appropriations, but faltered in economic growth. And states do not grow by adding college degrees — the increase in graduate population compared to personal income growth yields no correlation.

Doug Rothwell, president of the Business Leaders for Michigan, cited my article and told MIRS News that reducing funding to higher education “would be a travesty. It would affect one of the most important assets the state has. The last thing we should do is defund it."

Rothwell presented no evidence for his opinion.

Reporter Rick Haglund wrote that the article “makes a number of claims that run counter to most research and data regarding the value of a college degree.”

Haglund, however, does not say what "claims" are countered by this research and data or where it comes from.

In a separate article, Haglund wrote: "University officials cite declining state support as a major reason why tuition costs have exploded." But it is only in recent years that Michigan has significantly cut the appropriation amount to state universities. While there was a slight drop in per-pupil appropriations from 1980-2000, during the same time period the state increased its commitment to universities to the sixth highest proportion in the nation. But tuition costs skyrocketed, increasing by about 60 percent in real dollars.

That matches the trend nationwide where in the past few decades colleges have raised tuition twice as much as every dollar lost in state support.

And direct appropriations are only one of many ways the public subsidizes higher education — students receive direct grants and artificially capped, taxpayer-backed loans while schools receive a host of direct subsidies, property tax abatements and tax breaks.

So what was the reason for sharp tuition increases cited by university officials during previous decades? Why is a college education so expensive? One significant reason is because the government subsidizes it.

When the government subsidizes higher education, it becomes cheaper for people to access, so more people apply. The demand for college rises, which in turn drives the price of tuition up. At the same time, as the price of college rises, politicians are urged to spend more as universities become more empowered and invested in making sure those appropriations keep coming.

Students also are less likely to pay attention to their ability to actually afford what they are purchasing, let alone have a sense of the value of their degree.

Michigan taxpayers spent $1.3 billion this past year on direct appropriations to its 15 public universities. In the long run, the state and federal government have increased direct and indirect subsidies to colleges and students, yet college has not become more affordable. In fact, it is fast becoming unaffordable for more people.

Commentary: Bailout of Student Loan Debt Is Not the Answer

Do You Need Government Money to Attend College?