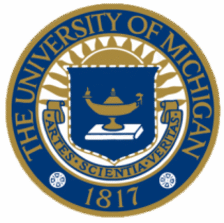 Ohio State University is considering leasing their university-run parking lots and privatizing other assets “including two 18-hole golf courses, a small airport and a power grid.” The University of Kentucky and Portland State University are also instituting plans that would partially transfer dormitory operations to a private company.

The plan illustrates how "institutions don't have the resources they once did, and so they are trying to leverage every dollar possible," said Peter Eckel, vice president at the Association of Governing Boards of Universities and Colleges in the article.

The University of Michigan has complained of state appropriation cuts and President Mary Sue Coleman recently wrote a letter to President Obama asking for greater public support for higher education. Yet during a statewide and then nationwide recession, her university increased staff numbers and still enjoyed a skyrocketing boost in revenue. U-M also owns and operates two golf courses and spends an average of $129,000 per degree.

Other public universities in the state are not so cost-effective, spending $7,000 per degree above the national average.

Many politicians complain about high tuition rates at colleges and universities and often pursue political remedies that further entangle government and education. This ignores the point that subsidizing any industry often means a misallocation of resources. Just as a slight decrease in K-12 spending has meant greater efficiency in Michigan K-12 school districts, so budget trimming for higher education means a better use of those dollars.

When privatization is well-managed and not merely a front for sneaky forms of government borrowing, it generates better outcomes for government entities, including state universities and their students.

In contrast, defenders of an unsustainable state university status quo call to mind Ronald Reagan’s refrain: “Government is not a solution to our problems, government is the problem.”