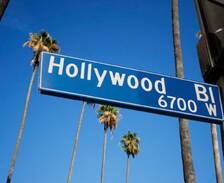 When choosing between more money for roads — which has become a Lansing priority — or subsidies for out-of-state filmmakers, some Michigan Republicans pick the latter.

MIRS News reported on negotiations between Senate Majority Leader Randy Richardville, R-Monroe, and Gov. Rick Snyder on funding for the film incentive program. The governor, who would like to end the program, has a plan that lowers the program from $50 million this year to $25 million to eventually zero. Sen. Richardville wants to increase the subsidy to $100 million.

Film subsidies were started during the administration of former Gov. Jennifer Granholm and have been an economic failure. The Michigan Senate Fiscal Agency found that even among the most optimistic of assumptions, the program brings the state $0.11 per dollar spent — costing taxpayers $125 million and returning $13.5 million in 2010-11.

According to the Center for Budget Priorities, economic analysis of film subsidy and tax credit programs have been almost unanimous — the programs are not near worth the cost. While the credits were tightened up somewhat recently, subsidizing a brand new and mobile industry like movies and video games has among the worst bang for the buck of state programs.

In the budget negotiations, taxpayers should keep something in mind: Every dollar going to filmmakers is a dollar less spent on roads, and a dollar more coming out of your pocket.