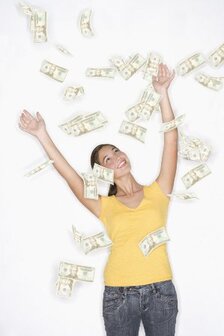 Michigan taxpayers should keep something in mind: They always say that.

When the state slightly decreased K-12 funding two years ago, those mentioned above, with the help of a sympathetic media, loudly complained about what the 2.4 percent cut would do to schools. In the two years since, districts, schools and education unions have claimed false spending cuts, embellished the amount of money they would lose, forced elementary students to write letters to the governor complaining about funding, compared schools in a fiscal emergency to “being in the slave days,” falsely claimed that they were hurting so much for money that schools couldn’t afford desks and students were forced to sit on the floor, claimed 40 and 60-student classrooms that never happened, and made plans for an illegal teacher strike.

In reality, fewer districts today are in deficit than before the cuts and educational outcomes have not gotten worse in any significant, measurable way.

Those who receive government money will never see a reason for less funding and always advocate for more. This is an example of, in the words of former Rochester Community Schools board member Mike Reno, “a ‘crisis’ that never ends.”

How much money is enough? The education establishment refuses to give a hard number — the answer is always “more.”

But let’s look at the facts: From 1995 to 2005, the state increased spending on K-12 education by 40 percent, or $1 billion dollars over inflation. The slight education funding cut two years ago was the first real cut to education spending in Michigan in decades. The per-student operating cost of Michigan's public schools nearly quadrupled from 1960 to 2007, from $2,991 in 1960 to $11,337 in 2007, as measured in 2007 dollars. At the same time, nationwide, funding for schools is triple what it was in 1970, going from $50,000 to $150,000, adjusted for inflation, to educate a student from kindergarten through high school graduation.

Measuring how funds are spent, increasing educational outcomes through competition and finding more efficient ways to use school expenditures are important discussions to have. But when considering the input from those receiving taxpayer dollars, remember: More money will never be enough.