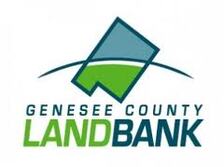 The Genesee land bank isn't the first Michigan land bank to consider subsidizing housing for government workers. The Detroit Land Bank will pay the down payment for city employees, police officers or firefighters who purchase one of its properties. According to the city, 20 government employees have already closed on homes using this program. More than 200 others are in the process and looking to buy a subsidized home.

While offering reduced-priced homes to firefighters and police officers might sound like a nice idea, it's preferential treatment. Why do firefighters or police officers deserve a discount, but not private business owners or employees? People who put out fires and arrest criminals are valuable members of a community. But so are people who run longstanding businesses and people who work to provide goods and services to others.

Moreover, the properties that the Genesee land bank is considering discounting have already been heavily subsidized by federal taxpayers. More than $36 million has been spent on land banking activities in the area to fund just 177 rehabs and 1,400 demolitions.

Yet, the land bank is offering properties rehabbed with federal money for just $25,000 to $45,000. Any police officer, firefighter or soldier who purchases a Genesee land bank property is already getting a low price unavailable to most in the private real estate market, thanks to the forced generosity of taxpayers.

The fact is that firefighters and police officers have long enjoyed favored status in Flint and Detroit (as have government workers throughout the state).

Flint's firefighters and police officers have enjoyed the kind of job security and pay increases that most private-sector workers have not during this recession. In fact, Michigan Capitol Confidential reporting has shown that Flint police and fire union contracts are responsible for a large share of the city's financial problems.

While Flint's population dropped and per-capita income decreased, firefighters and police officers received large signing bonuses and raises of 11 and 14 percent in a single year.

Both Flint and Detroit face a daunting task of dealing with thousands of vacant properties. If the cities are having trouble selling their vacant properties, they should reduce prices for all prospective buyers, instead of favoring government workers.