The Overton Window of Political Possibility 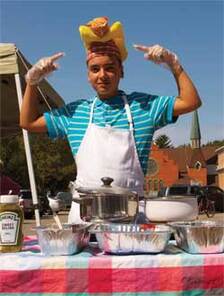 The Overton Window, as coined by the Mackinac Center, is a model to explain how changes in public policy occur. When evaluating the options within any specific public policy issue, only a relatively narrow window of options will be considered politically acceptable by politicians.

The window of acceptable policies is not primarily defined by the politician’s preference, but by what he or she can support without jeopardizing re-election. As society embraces new ideas, the Overton Window shifts to include additional public policy options that were previously deemed unacceptable.

Meaningful policy change may take decades. Or, as in the case of a teenage hot dog vendor, policy may shift rapidly in a matter of weeks.

Cities across the nation adopt policies that protect favored businesses from competition by stifling entrepreneurial endeavors. An ordinance in Holland, Mich., prohibits food carts not connected to brick-and-mortar restaurants in the city’s downtown commercial district.

On July 17, 2012, 13-year-old Nathan Duszynski opened a hot dog stand to earn money to assist his disabled parents. Ten minutes after opening, however, Holland city officials ordered Nathan to shut down his food cart. In defending the city's policy, the mayor of Holland said: "[Local businesses] asked that the success of this space not be infringed upon by those who don't choose to share in the costs of maintaining the attractiveness of this space."

On July 25, the Mackinac Center released a video report on Nathan's plight. The video went viral, with more than 100,000 views in just a few weeks. The story was picked up by Fox News, USA Today, Reason.com, the Huffington Post, National Review Online and several Michigan newspapers. The Center stressed that municipalities should encourage small business growth — not strangle it to protect existing businesses from competition.

On Aug. 15, the Holland City Council voted unanimously to allow Nathan to operate his food cart under a temporary permit. The mayor also announced plans to reach a long-term resolution for mobile food carts.

Nathan opened his hot dog cart on Aug. 23 with broad community support and media coverage. The mayor of Holland said the Mackinac Center’s coverage of the issue helped "color the lens" for the national attention the story received. 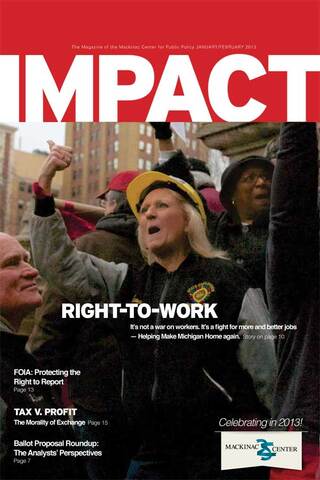