Another One: Stimulus-Backed Battery Company Workers With No Work To Do — Playing Cards, Watching Movies, Reading Magazines 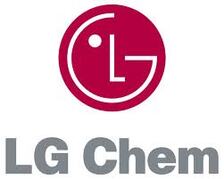 LG Chem, a Korean-owned company with a battery manufacturing plant in Holland, Mich., received a $151 million grant through the federal stimulus program and another $100 million in promised credits from Michigan taxpayers.

Today, the company faces “rolling furloughs” and workers reportedly are sitting around playing cards and reading magazines because “there’s nothing to do.”

Just two years ago, President Obama hailed the company as helping to transform the state to “a green economy” and bring “not just any jobs,” but “jobs in the industries of the future.” But recently, some workers went on record telling WOOD TV in Grand Rapids that “as much as they want to work, there’s nothing to do.”

"We were given assignments to go outside and clean; if we weren't cleaning outside, we were cleaning inside. If there was nothing for us to do, we would study in the cafeteria, or we would sit and play cards, sit and read magazines," said former employee Nicole Merryman, who said she quit in May. "It's really sad that all these people are sitting there and doing nothing, and it's basically on taxpayer money."

LG Chem promised in 2010 to create 443 new jobs in five years — those projections have been shelved. Today, $133 million of the $151 million in federal dollars has been spent and the 200 current workers for the company have been on “rolling furloughs” since April.

A few weeks ago, the company’s spokesman told Michigan Capitol Confidential, "Ultimately, market conditions and demand for lithium-ion batteries are going to determine when the company is going to be able to launch production and grow," said Randy Boileau. "The company has said the Holland facility will play an important role in its global strategy for the batteries."

This report comes on the heels of another “green energy” failure as A123 Systems, another battery company, declared bankruptcy this week. The company was promoted heavily by President Obama and top Michigan Democratic politicians. Earlier this year, Michigan Capitol Confidential uncovered a video of President Obama, Gov. Jennifer Granholm, Sens. Carl Levin and Debbie Stabenow, and U.S. Secretary of Energy Steven Chu promising “hundreds” and “thousands” of jobs.