The Detroit Free Press today reports on a consultant’s report suggesting that staffing levels at the city of Detroit’s water (and sewerage) department could be slashed by 80 percent. In December 2000, Center analysts suggested that the city could sell its water system or contract out for management, thereby removing 100 percent of its employees from the city payroll. The city should still consider that option.

A dozen years ago the Mackinac Center published an entire issue of Michigan Privatization Report on the subject of Detroit. After warning the city about its finances, we carefully laid out a privatization strategy for saving (or generating) billions of dollars for the Motor City, including privatizing its water and sewer departments. 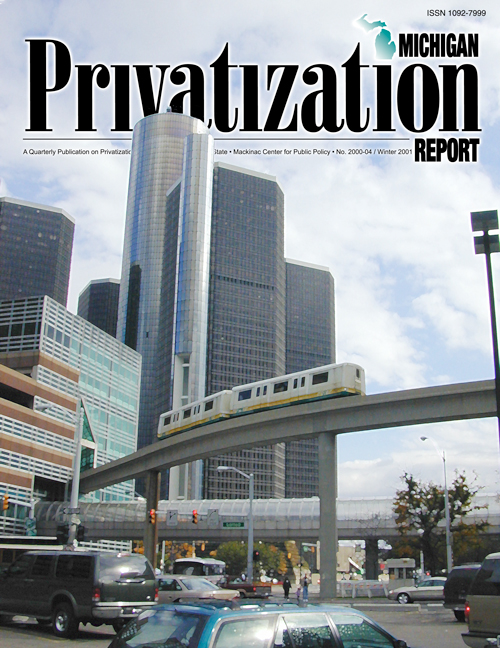 At the time we showed by various measures that the city’s water department was less efficient than other big city water departments. On an “employees per million gallons daily” basis, Detroit’s ratio was 3.47 while Chicago’s was just 2. Detroit had just 113.5 customers per employee while Chicago had 210 and Philadelphia had 510. Other metrics show Detroit lagging, too.

We estimated that a contract to run Detroit’s water system that saved just 20 percent off its $236 million water budget would save $47.2 million annually. We also recommended a bolder approach to Detroit’s water problem; selling the water system to an investor-owned utility. Estimates showed that the system might have fetched a purchase price at the time of between $1.775 billion and $2.285 billion.

If city officials had listened to us and taken up just a few of these reform proposals, they might not be facing the same financial crisis they are today.