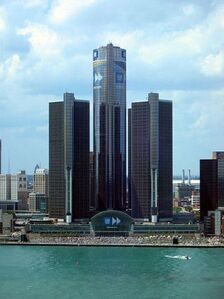 There is an old saw that goes “politicians will do the right thing, but only after they have exhausted every other option.”

For years the Mackinac Center analysts and scholars have tried to persuade pols to do the right thing at the state and local level. We’ve had many successes, but cities like Detroit often acted allergic to sound, free-market policy ideas. That may be changing because Detroit is running out of money and thus, running out of options.

A Nov. 17 report in the Detroit Free Press indicates that Mayor Bing is interested in privatizing management of the city’s transportation and lighting departments. That’s a tepid start to be sure, but one that would move the city in the right direction. In 2000 the Center recommended full privatization of these departments and much more in its special, Detroit-specific issue of Michigan Privatization Report. Some of its ideas and possible savings from that report deserve to be repeated.

If Detroit had only contracted out for operation of their busing, water, garbage and inspections in 2000 and saved only half of what the Center estimated could be realized, the city would have been roughly $592 million to the good over the following decade. Imagine if it had sold assets, too, or saved the full amount of our conservative estimates?

Moreover, what if the city had gone further and embraced other bold ideas such as selling its city airport, contacting with Wayne County for police services or ending the People Mover service? Doing so could have meant that the city would have enough to pay its bills, shed debt, improve services, cut taxes and look for 250,000 people to move to the city instead of away from it.

That is why the mayor and others need to act now and boldly. The future will come swiftly. Governments should be solvent when it does.