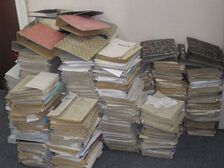 An article in The New York Times documents the craziness of current licensing laws across the nation.

In “So You Think You Can Be a Hair Braider?” the author focuses on Jestina Clayton, a Sierra Leone native who came to America, went to college, got married, had children and then tried to start her own business. Clayton lives in Utah, where she does a style of African hair braiding and found a niche market, providing for her family and creating value and wealth in the community.

But not for long. She was soon reported and told that her state requires a cosmetology license — which would teach her nothing about African hair braiding — to perform that service. From The Times:

A cosmetology license required nearly two years of school and $16,000 in tuition. But Clayton hoped for an exemption. After all, many Utah cosmetology schools taught little or nothing about African-style hair-braiding, and other states allowed people to practice it after passing a hygiene test and paying a small fee. Clayton made her case (via PowerPoint) to the exhaustively named governing body of Utah hair-braiding, the Barber, Cosmetology/Barber, Esthetics, Electrology and Nail Technology Licensing Board. The board, made up largely of licensed barbers and cosmetologists, shot her down.

Clayton tried to start a coalition and teamed up with a state representative, but they were no match for the powerful licensing groups that benefit from these anti-competitive regulations. The groups used their money and clout in the legislature to keep the Utah laws and eventually Clayton had to shut her business down.

The article explains: “Over the years, more and more started to lobby for licensing rules, often grand­fathering in existing professionals while putting up high barriers to new competitors. In fact, businesses contorting regulation to their own benefit is so common that economists have a special name for it: regulatory capture.”

These rules are mostly new and pervasive: In 1950, fewer than 5 percent of American jobs required a license. Today, it’s nearly a third — and the number is growing.

A burdensome licensing apparatus has also been killing jobs in Michigan while doing nothing for public health and safety or consumer protection. In the last few weeks, Michigan Capitol Confidential has done articles looking at how licensing laws harm state taxpayers trying to earn a living. Some areas covered:

These are only a few of hundreds of regulations advocated for by special interest groups and put into place by bureaucrats.

The defenders of these rules claim they exist to protect consumers. There are dangers in these occupations, but no more than the myriad dangers one faces in a given day — painting a bedroom and laying down tile have been done around the home by people as long as homeownership has existed. And despite claims that barbers are “the closest you can get” to being doctors, most everyone learns how to safely use scissors in kindergarten, if not before.

Those claiming that licensing helps consumers never have the onus to prove it — and they never try. The vast majority of states do not require licensing for painters, tile layers, house siders, gutter installers or other types of minor construction. And while many states license barbers, there is no evidence that doing so makes the field safer.

People are smart enough to perform these skilled tasks without a government thirsty for revenue or trade groups terrified of competition standing in the way.