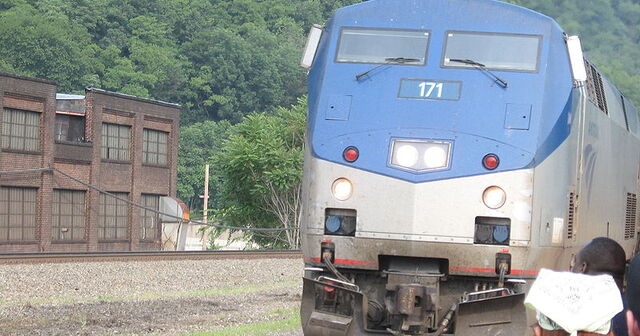 Train Wreck: Amtrak Is a Case Study in Government Waste

At a campaign stop on Saturday, Republican presidential candidate Mitt Romney said that if he is elected he will stop federal funding for passenger rail, including Amtrak.

“I like those things, I just think they have to be paid for by private funds, not by funds from China,” he said.

The Michigan news website Mlive.con highlighted the story and quoted a response from Amtrak President and CEO Joe Boardman about similar statements in the past that would cut funding to the service:

“Congress has given Amtrak a critical national mission to provide intercity passenger rail service, and with an appropriate level of federal funding support, we can secure a stronger future for our country and reduce the nation’s dependence on foreign oil,” Boardman said earlier this month.

The beneficiaries of a government subsidy — including the bureaucrats who administer it — always claim the taxpayer dollars are “critical” to some “mission” of helping some undetermined amount of people in some immeasurable way; Amtrak is a case study of such claims.

The federally funded rail service began in 1970 in response to the financial failure of private passenger rail providers. It promised that the service would be profitable within three years. More than 40 years and tens of billions of dollars later, Amtrak is still bleeding red ink. Subsidies total nearly half a billion dollars this year and the “service” has never turned a profit.

With few exceptions, rail projects, from Amtrak to high-speed rail to the People Mover, are models of inefficiency. The subsidies per passenger and per mile are off the charts when compared to other forms of transportation. And it is only through government accounting that taxpayers would spend $1 million in renovations on a train service with only 78 daily passengers, as taxpayers will for the Amtrak station in Jackson.

Political promises are often forgotten a short time after they are made. When they are recalled, bureaucrats simply promise that this time things will be different. Amtrak is no exception and Congress should end this expensive mistake.