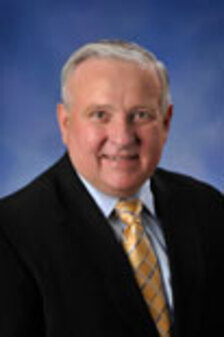 The “R” or “D” after a politician’s name often does little to help voters understand the governing philosophy of their elected representative. The way many of their bills read, one might just as well replace those letters with a generic “S” for Statist or “PC” for Political Careerist.

Occasionally, however, a legislator does the right thing and deserves recognition. Based on a new bill to strike a blow against overly intrusive big government on behalf of the home repair tradesmen and entrepreneurs, Rep. Ray Franz, R-Onekama, is one of them.

Introduced by Rep. Ray Franz (R) on Jan. 31, 2012, to exempt individuals and contractors who do home and commercial structure rehabbing, and those in certain building trades, from licensure mandates currently imposed by the state (or ones that have been proposed). Homebuilders would still be subject to licensure, but those who make a living doing home and commercial structure carpentry, concrete work, swimming pool installation, basement waterproofing, excavation, insulation, masonry, painting and decorating, roofing, siding and gutters, screen or storm sash installation, tile and marble work, garage building and house wrecking would be specifically exempted. Individuals who buy, rehab and sell "fixer-uppers" for a profit also would be exempt.

This isn’t the first time Rep. Franz has attracted the attention of free-market defenders and Tea Party types. In one of the first votes taken by the newly seated House last year, he was one of just seven out of 63 Republicans to oppose $10 million worth of tourism marketing subsidies in the form of taxpayer-funded “Pure Michigan” ads. This took place just two months after an election in which all those Republicans swore on stacks of Constitutions that they “got” the “no more giveaways” Tea Party message, and shared the movement’s values.

This vote was especially courageous for Rep. Franz, who represents four lakefront counties along Lake Michigan where tourism is important: Leelanau, Benzie, Manistee and Mason. Perhaps the letters after Rep. Ray Franz’s name should be “P” for principled and “MWHS” for “means what he says.”

Kudos also to Rep. Kevin Cotter, R-Mount Pleasant, the only lawmaker to co-sponsor Rep. Franz’s licensure repeal bill. The bill is almost surely DOA, because the licensure mandates serve the interests of established businesses by helping them keep potential competitors on the sidelines.

Excessive licensure is just one of the many regulatory excesses that have crippled our (formerly) dynamic economy to a point where economic sclerosis now endangers future prosperity.