A look at the future of natural gas extraction. 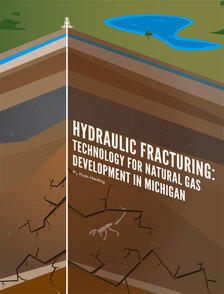 THERE IS AN ongoing debate regarding the preferred sources of fuel needed to meet America’s future electricity needs. The United States has been dubbed the “Saudi Arabia of coal” due to its extensive coal reserves, and approximately 60 percent of the electricity generated in Michigan comes from coal-fired power plants. Coal has increasingly come under attack from environmental groups, however, because they believe emissions from coal-fired power plants contribute to global warming. If less coal is used in the future to provide electricity, that energy must be replaced in order to provide reliable sources of electricity necessary to power America’s economy.

Nuclear power is another primary source of energy used to power base-load power plants. But such endeavors bring high capital cost, which can run into billions of dollars; in addition, the extensive time delays — often exceeding a decade or more — to acquire the necessary building permits are significant obstacles to replacing coal-fired power plants with nuclear ones.

Alternative energy advocates point to non-traditional sources of energy such as wind, solar and biomass as the wave of the future in supplying America’s growing energy needs. Such methods, however, currently only supply a tiny fraction of the electricity demanded, and although these sources will likely increase in the future, they will not replace the loss of coal as the primary energy source to produce electricity.

For the foreseeable future, natural gas is the source of fuel most likely to replace lost base-load electric generating capacity from retired coal-fired power plants. North America has abundant reserves of natural gas — recent estimates indicate there are sufficient reserves of natural gas to supply all of America’s energy needs for the remainder of the century. Natural gas fields are scattered throughout the country, but formations that are the ripest for hydraulic fracturing are the Marcellus Shale, which covers parts of Ohio, Pennsylvania, West Virginia and New York; the Antrim Shale in Michigan; and the Barnett Shale in Texas.[3]

According to the U.S. Energy Information Administration, America imported about 12 percent of the natural gas it consumed in 2009 — the lowest percentage since the 1990s. In 2009, natural gas supplied about 23 percent of the total electric power generated in the United States while coal supplied 44 percent and nuclear about 20 percent.[3]

The price of natural gas to heat homes and fuel power plants has been decreasing due to increased supply and the mounting price of oil. Like coal, natural gas has a significant advantage from a national security standpoint as reserves are located here in North America and do not have to be imported from countries that may not be friendly to the United States. Natural gas used as a fuel to generate electricity also has an environmental benefit, as it emits approximately one-third less CO2 emissions than coal.

The key to developing natural gas fields in Michigan and around the nation is the utilization of hydraulic fracturing technology. Shale gas development has been rapidly expanding in North America in recent years. Unconventional natural gas extraction methods, including hydraulic fracturing, made up 42 percent of domestic gas production in 2007 and are expected to increase to 64 percent by 2020. Hydraulic fracturing has been utilized for more than 60 years. Horizontal drilling has been used commercially since the 1980s, but until recently has not been used widely for extracting natural gas from shale rock formations. The combination of these two technologies has greatly expanded the availability of commercially developable natural gas fields in Michigan and elsewhere.[3]

What Is Hydraulic Fracturing?

The process of hydraulic fracturing creates fissures, or fractures, in shale formations which allow natural gas to flow horizontally to drilled bores and ultimately to a vertically drilled bore and wellhead. The fractures are created by pumping water at high pressure into the rock reservoir. Silica sand is added to the water to hold the fractures open. Several chemicals are typically added to reduce friction (which allows higher pumping rates with less pressure) and increase the viscosity of the water. In addition, chemicals are added to prevent microorganism growth, to prevent corrosion of metal pipes and to remove drilling mud damage near the wellbore.

Once the pumping pressure has been released after the hydraulic fracturing process, water-based fracturing fluid flows back through the well casing to the wellhead and may be mixed with water from the rock formation.[1], [4]

Regulation of Hydraulic Fracturing in Michigan

The Geologic Survey section of the Michigan Department of Environmental Quality is responsible for regulating oil and gas drilling and production, including hydraulic fracturing, in the state. The state of Michigan has a history of enacting and enforcing strict regulations on oil and gas development. State oil and gas regulatory officials have had considerable experience regulating the oil and gas industry due to extensive development over the years of the Antrim geologic formation in the northern region of the state.

Energy production and use will continue to play an important role in Michigan’s future. Michigan is blessed with abundant natural resources, including considerable oil and gas deposits, and the state has a history of both successful regulation and development of renewable and non-renewable natural resources including oil and gas. The oil and gas industry is a significant contributor to the state’s economy, especially in the northern part of the Lower Peninsula. Many northern Michigan communities have benefited from relatively high-paying jobs associated with development and support of oil and gas wells.

To date, only one gas well has been developed in the state utilizing hydraulic fracturing technology. The potential for future development of hydraulically fractured gas wells in Michigan is currently unknown, but there is considerable potential for extracting large quantities of natural gas from the Antrim Shale utilizing the new technology. Michigan also has an advantage in the development of hydraulically fractured gas wells because of an abundant water supply that is not available in the more arid states.[1]

The development of gas wells using hydraulic fracturing technology poses some environmental risk. The primary environmental and public health goal should be to ensure that drinking water sources are protected from contamination. Michigan officials have the task of protecting the state’s natural resources and public health, as well as promoting the development of energy sources that have the benefit of creating Michigan jobs. In reaching the balance of protecting the environment while providing economic opportunity, state officials should resist the temptation to over-regulate the process, which could result in the loss of valuable jobs and an additional source of energy to heat Michigan’s homes and power its factories.

[3] The Hard Facts About Fracking – by Elizabeth Svoboda, Popular Mechanics.com. 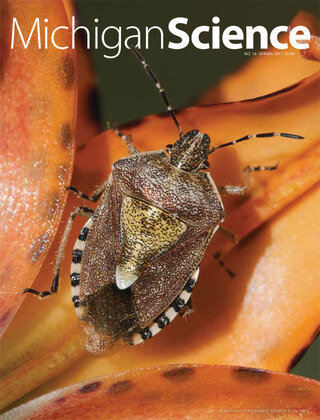