Partial Privatization: Moynihan-Kerrey and Other Proposals

Private investment is the key to solving the impending Social Security crisis. While today’s payroll taxes are used to provide benefits to current retirees, the pre-tax funds invested in 401(k) and 403(b) accounts remain the property of each worker and will be there upon retirement. And as mentioned above, private investment offers greater returns.

But lower-income workers often cannot afford to invest any of their paychecks in retirement plans. They must, however, pay payroll taxes, and that is why Senators Daniel Patrick Moynihan of New York and Bob Kerrey of Nebraska have proposed partially privatizing Social Security by allowing individuals to use part of their payroll taxes to invest for retirement. Under the Moynihan-Kerrey plan, workers could shift two percent of their paychecks into privately managed accounts and expect to increase their retirement income from 9 to 35 percent more than what they would receive from Social Security if no changes were made, depending on their working income (See Table 1, below).

Adapted from the Heritage Foundation Center for Data Analysis. Calculations based on projections of 1998 Annual Report of the Board of Trustees of the Federal Old-Age and Survivors Insurance and Disability Insurance Trust Funds reductions are calculated on the basis of Congressional Research Service Memorandum to Representative Charles Rangel, "Benefit Analysis of Three Recent Social Security Reform Proposals," June 16, 1998. Worker is assumed to earn 10% return on equity investment (6.5% after inflation), 8.15% return on mixed bond/equity investment (4.6% after inflation), and 6.3% (2.8% after inflation) on Treasury Bonds.

If even two percent private investment could produce such gains for lower-wage workers, then allowing them to invest the 5.26 percent Social Security payroll tax deducted from their paychecks for retirement could produce even greater benefits. In fact, an official Social Security Advisory Council appointed by Department of Health and Human Services Secretary Donna Shalala has recommended completely converting half of the nation’s retirement accounts into individually owned, privately managed accounts.

The details of these various partial privatization proposals vary, but all have common threads including the private investment of a portion of the money deducted for current Social Security taxes and individual ownership of the funds. A word of warning, however, is required with regard to one category of Social Security "privatization" proposals which involves having the federal government manage the investment of retirement funds. Direct government investment in the stock market versus individually owned investment would lead to an unprecedented politicization of the American economy. Various political interests and pressures would likely negatively affect investment choices and possibly even reduce investment returns. "Politically incorrect" companies and their customers and stockholders would suffer, and all companies would likely open new wings in their lobbying departments to vie for government investment. In short, important market decisions about resource allocation and wealth development would be made by a small group of politicians and bureaucrats with an agenda, not by workers and retirees, the people with the largest stake in the investment. People’s retirement earnings should not be political footballs and American companies should not be dependent on government for the capital essential for their existence. 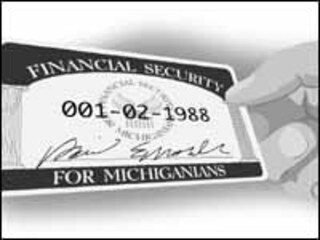