Commentary: Your Pledge for Detroit

Bailout scheme takes from other needs 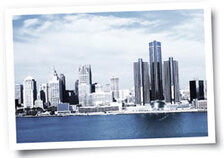 Gov. Rick Snyder insists that his proposal to pledge away $350 million of state revenue over 20 years and drop it into the Detroit bankruptcy pot is not a taxpayer bailout.

Call it what you will, but statewide taxpayers will foot the bill and Detroit will get the money.

That this pledge involves tobacco lawsuit settlement money doesn't change a thing, because there are no restrictions on how the Legislature can use this revenue. It still comes to around $17.5 million annually (or $24 million if done with debt) that would not be available for roads, schools or public safety.

This will be the third time in 10 years that the Michigan Legislature and a governor have pledged away future revenue from this source. The first was in 2005, when $400 million was borrowed against future settlement proceeds to create the corporate welfare scheme known as the "21st Century Jobs Fund." Based on House Fiscal Agency analysis at the time, that one is still sucking around $40 million annually from state revenue.

The second round was in 2007, when $415 million was borrowed to avoid spending cuts. Projections at the time suggested it would mean slightly more than $40 million every year not going to state parks, mental health services or environmental cleanups.

Add it up and that's around $80 million in annual state revenue no longer available for current needs. I wonder how today's legislators feel about having to forgo $80 million in spending (or tax cuts) each year to cover their predecessors willingness to borrow for what they claimed were "vital needs" and "investments."

I wonder how future lawmakers will feel about forgoing another $17.5 million (or $24 million) annually to cover the willingness of politicians in 2014 politicians to pledge away future revenue for Detroit.