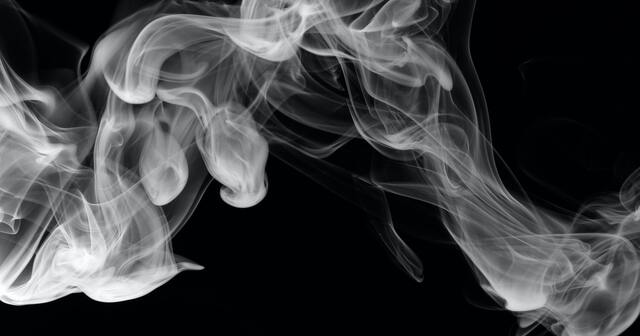 Editor's Note: This piece was originally published in The Hill on January 16, 2021.

This month and the last brought arrests and prison sentences for smuggling cigarettes and other contraband into correctional facilities in Kansas and Maryland, respectively. Lawmakers considering hiking cigarette taxes ought to note: Higher taxes encourage more illegal smuggling into a state, and if law enforcement can’t keep illicit smokes out of prisons, there is little hope of keeping smuggled ones out of the hands of the public.

This is important because several states’ lawmakers, including Maryland’s, are openly considering major cigarette tax increases. Even when politicians aren’t entertaining excise taxes, there are a number of special interest groups that lobby for them.

But officeholders should not listen to them. The illicit market for cheaper smokes takes on a flavor of the Prohibition era. Raising cigarette taxes has similar effects to those of outlawing alcohol — it leads to rampant smuggling and other harmful unintended consequences. We call this “prohibition by price.”

We have estimated the degree to which cigarettes are illegally trafficked into and out of most states. Our most recent tally ranked New York and California as the top smuggling states. Vying for third place is Maryland. The General Assembly there last year passed a $1.75 per-pack tax hike, taking the total tax to $3.75, an 88 percent leap. This was quickly vetoed by Gov. Larry Hogan, but it may be taken up again in a veto override attempt.

If adopted, we expect smuggling to leap from making up less than 9 percent of Maryland’s overall cigarette consumption to 47 percent of it. We also expect the majority of those smuggled smokes to arrive as a result of “casual” smuggling. The casual smuggler typically looks to save a buck by shopping across a border — in Virginia, for example. The Virginia cigarette tax is only 60 cents per pack, so it’s not hard to see how much consumers could save by buying elsewhere. Sizable profits await organized criminals if they successfully pull off a large-scale smuggling operation, too.

An excise tax discussion also came up late last year in Indiana, where the Indiana Chamber of Commerce has recommended a $2 per pack increase. We ran this possible change through our statistical model, an activity that illustrated the power of tax increases. Our analysis indicates the Hoosier State would flip from being a net exporter of smuggled smokes to being a net importer of them.

The Indiana Chamber isn’t the only group calling for cigarette tax increases. The American Heart Association called for a $1 hike in New York last month. The state already imposes an excise tax of $4.35, and New York City piles on an extra $1.50. That, and proximity to Virginia, are just two reasons New York is No. 1 in smuggled smokes.

Hiking taxes by $1 per pack, we estimate, would lift New York’s smuggling rate from more than 53 percent of the total market to 64 percent, and lead to a net decline in tobacco tax revenues of $62.7 million. Taxes are already so high that most of the people still smoking are likely those with a strong preference for the habit. Rather than quit, they instead turn to contraband cigarettes and will do so increasingly as the price rises.

Our studies of cigarette smuggling are not the only of their kind. We’ve cataloged more than two dozen similar analyses, which go back to 2005, and most show a strong connection between high cigarette taxes and smuggling.

Not surprisingly, banning certain types of cigarettes produces similar consequences. Last week the New England Convenience Store & Energy Marketers Association reported that Massachusetts — the first state to impose a prohibition on selling menthol cigarettes — lost $62 million in excise taxes during the first six months of its ban (compared to the same period a year earlier). Rhode Island and New Hampshire benefited: Sales of menthol cigarettes in each state is up 29 percent and 90 percent, respectively.

Both outright cigarette prohibitions and their cousin, high excise tax rates, lead to increases in smuggling. Politicians and organizations should recognize this before adopting policies that would lead to even more smuggling and other unintended consequences.