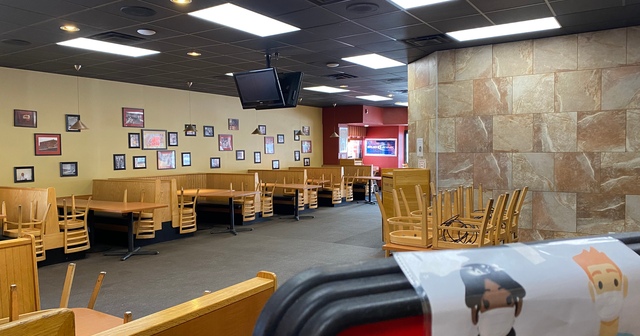 Mixed messages and more confusion from the governor

According to The New York Times, Michigan is one of only three states that have a statewide ban on indoor dining. Gov. Gretchen Whitmer hinted this week that she may modify her lockdown policies to permit restaurants to reopen on Feb. 1. But restaurant owners shouldn’t hold their breath: The governor and her health department director would not commit to this at a press conference yesterday and offered reasons why the ban may continue.

Gov. Whitmer said that it is her “fervent belief and hope” to open restaurants on Feb. 1. But we’ve heard similar promises before. Michiganders were promised that if they behaved over the holidays and case numbers continued to decline, restrictions would be lifted well before then. For example, on Dec. 18, the governor said she would “seriously consider lifting protocols sooner” than Jan. 15 if positive trends in the data continued.

The governor points to three metrics that inform her decisions about restaurants, but it is difficult to find justification for her policies by looking at the data. Daily positive test results, the portion of hospital beds used for COVID-19 patients and test positivity rates have all improved since restaurants were closed on Nov. 18, the start of a so-called three-week pause. Cases have been trending in the right direction since Nov. 14, and hospital bed capacity and positivity rates have done the same since the beginning of December.

When asked about these figures, Gov. Whitmer just added more confusion. She said there’s been “an uptick in positivity and in tests,” and that’s why restaurants must remain closed. The state’s data show that the seven-day average positivity rate did increase slightly from Dec. 28 to Jan. 6, but it has fallen since then. Plus, it’s about 35% lower than it was in mid-November, moving it into a safer “official risk level.” But because the governor never says specifically how low the numbers must go to change her mind, restaurant owners have no way of planning one way or the other.

When asked what needs to change between now and Feb. 1 for her to change her policy, Gov. Whitmer discussed being “really concerned about” the variant of the virus that has been discovered and appears to spread more easily. She added, “When this appears in Michigan, it will be a very concerning moment.” If that moment arrives before Feb. 1, it might mean restaurants remain closed.

Robert Gordon, director of the Michigan Department of Health and Human Services, also sent mixed messages about what the future holds for indoor dining at the press conference. He initially said that reopening restaurants “is something we will plan to do on Feb. 1.” But then added, “Our actions on Feb. 1 will depend on what happens with the pandemic between now and then.” In other words, they may open them, but they may not, too.

At the beginning of this pandemic, the governor often refused to identify the specific data or metrics she was using to make decisions. That made it impossible to predict or plan on what her next move might be. But even now when she does identify the metrics being used, the governor and her officials send so many mixed messages that it remains impossible to plan for what might come next. Michiganders, and especially restaurant owners and workers, deserve better.