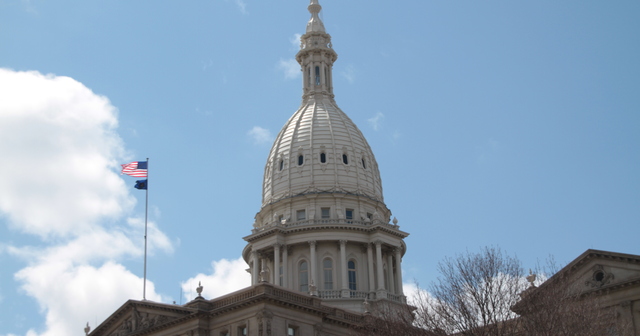 The passage of the 2017 public school pension reform is a transformational change for Michigan. The new reform places Michigan at the forefront of states that have gotten a grip on out-of-control government employee legacy costs.

Michigan had accidentally made school employees its largest creditors and this imposed huge costs on taxpayers. The new law limits that damage by making it much harder for lawmakers and state officials to promise pension benefits to new school employees and then push the costs onto tomorrow’s taxpayers.

All employees in Michigan’s public school districts, community colleges and a few other institutions are mandatory participants in the state’s school pension system. It covers 189,761 people, meaning roughly about one out of every 24 individuals employed in this state are earning benefits from this system.

But the pension fund is underfunded. The state owes the system’s members $29.1 billion, the difference between how much it has saved to pay for their pensions and the amount the system’s managers expect it to cost.

This is not a new problem. In 42 out of the past 43 years the pension system has not had enough money to cover the costs of the benefits it has promised.

The underfunding makes the plan more expensive, but it provides no boon to members. Michigan taxpayers are now paying 37 percent of school payroll to keep this system afloat, with 89 percent of those contributions going to catch up on unfunded liabilities, rather than being set aside to pay for the pensions being earned by current school employees each year.

The benefits pensioners receive are not especially lavish, even with these high costs. Half of school employees don’t even become eligible for pension benefits, failing to meet the eligibility requirement of logging 10 years in the public school system.

The key problem is that the politicians responsible for the pension system have weak incentives to pay for the promises they make. They make choices each year of how many scarce resources to allocate to pensions. Pension funding typically ranks low on the list of priorities, especially when competing against spending that produces more immediate political benefits. The $29.1 billion unfunded taxpayer liability demonstrates how little of a political return there is for a well-funded pension system.

The new law addresses this problem. New employees will get substantial employer contributions to a 401(k)-style, defined-contribution plan. Alternatively, new school employees can still choose to enroll in a conventional pension plan, but they will have to share the cost if managers fail to properly fund it.

Lawmakers also limited that plan from getting out of control. If the plan’s funding falls below 85 percent of the total liability for two consecutive years, it will automatically close and no new employees will be enrolled from then on.

The chances of that are reduced by another change: the new law says that pension fund investments can only be assumed to earn a more conservative 6 percent return over time. The state’s other retirement systems use more optimistic rates of 7 percent and 7.5 percent, which contributed to underfunding when pension managers don’t hit these investment targets.

The new reform leaves the benefits of people working today unaltered. So lawmakers will need to ensure that benefits are properly funded for current workers and retirees even as it contains its ability to underfund benefits for new employees.

This is unusual among the 50 states. Total state and local government pension underfunding in the U.S. is at least $1.1 trillion and perhaps as high as $4.8 trillion. There have been some reform efforts elsewhere, but politicians tend to focus on the wrong problem — tweaking systems by reducing benefits or requiring higher employee contributions. What they should address is how the persistent mismanagement of these systems allows inadequate pension fund contributions to go on for years on end.

In 1996 Michigan took a leap forward in containing the ability of managers to underfund lifetime benefit promises when it stopped granting defined-benefit pensions to new state employees. Local governments, which are not required to be part of a state-run system, have also started transitioning to 401(k)-style benefits for new hires.

One other major reform has been implemented here. Under a law passed in 2012, Michigan no longer gives post-retirement health insurance coverage to new state or school employees. Instead they get contributions to a retirement health savings account. Local governments have likewise started to move in this direction. This also prevents shifting the costs of today’s government services onto tomorrow’s taxpayers.

That last point is the purpose of all these reforms: Michigan is getting closer to paying all the costs of today’s classrooms and other government services today, rather than pushing those costs onto the next generation of Michigan residents.

This honors the intent of the statesmen who drafted Article IX, Section 24 of Michigan’s state constitution, and the voters who adopted it in 1963. It puts this state firmly on the path to solving a fiscal problem that threatens states and communities across the country. And it protects government employees and taxpayers alike.