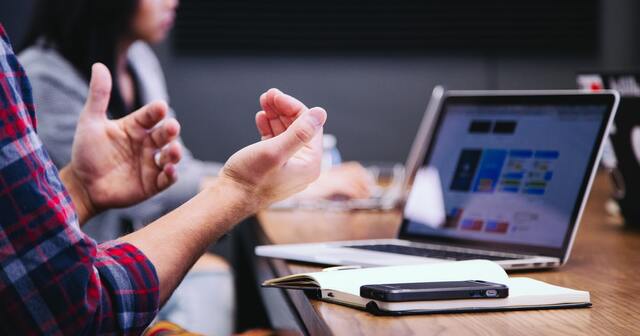 As part of the state’s pandemic response, Gov. Gretchen Whitmer started a new program that pays for the tuition of frontline health care workers who want to go to community college. Lawmakers are also looking to create and expand other programs aimed at boosting people’s job credentials. Regardless of how much gets spent and how many programs are created, job training programs are an idea from a political well that never runs dry.

Politicians score points by trying to do something about jobs. All of Michigan’s recent governors created so-called workplace development programs. Gov. Jim Blanchard led a job training initiative and added some programs. So did Gov. John Engler. And Gov. Jennifer Granholm and Gov. Rick Snyder, too.

It’s not just Michigan. Governors in other states launch programs to train their workforce, and the federal government spends billions on this each year as well.

At the state level, workplace development programs are administered by universities, community colleges, school districts and intermediate school districts. Michigan has a Department of Labor and Economic Growth that administers a number of others. Take a quick look through the state budget and you’ll find more than a dozen programs and over $700 million in annual spending. That doesn’t include all the taxpayer support for schools and community colleges that provide job training all on their own.

In her attempt to review the job training efforts in Michigan, Hope College professor and Mackinac Center scholar Sarah Estelle notes, “This survey is unavoidably incomplete; particularly with regards to private and localized efforts, an exhaustive listing of programs is impossible.”

There’s a reason politicians pay so much attention to job training. Generally, people want there to be more income-earning opportunities, so doing something about workforce development is persistently popular. Lawmakers get to join hands with important institutions, like schools, colleges and large employers, bolstering their esteem. Plus, the people who take advantage of the programs and the businesses that hire them later may have some nice things to say about lawmakers who sponsor job training programs.

But should the public want politicians to constantly launch new job training programs? Wouldn’t a well-functioning labor market be preferable to one that relies on subsidies from politicians?

Estelle presents a different way of looking at the issue. Competitive labor markets ought to be able to handle labor shortages; even when it takes a while to acquire the skills needed to succeed in today’s job, gaps in the market should be short-lived. If it’s hard to find machinists, firms start paying machinists more. This draws greater interest among potential employees and gives them more lucrative options. No need for additional political dabbling, which could be counterproductive if it misdirects people away from real opportunities.

People should be more skeptical when it comes to politicians trying to provide job training. They should know that plenty of programs and institutions exist already, and that one more foray into the endeavor probably won’t do much. It would be better to examine what the state is already doing and improve those programs, or eliminate them if they’re not providing value to taxpayers.

That is not a new recommendation, by the way. As the Detroit Free Press remarked in 1988 about a job training effort by Gov. Blanchard, “Although Michigan spends $500 million a year on job training [$1.2 billion when adjusted for inflation], those funds are fragmented among 51 programs that often overlap, with scant responsibility for showing results.” A generation later, spending and fragmentation are still with us. Nor is this likely to change. Politicians seem to see a lot of value from piling on one more job training initiative.