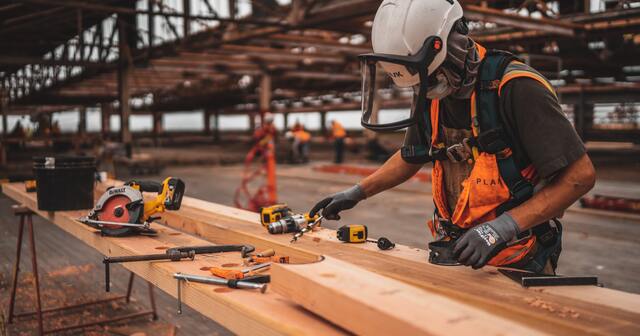 Put projects and services out for competitive bidding

Editor's Note: This article was first published in The Detroit News on October 9, 2021.

A few years ago, the United Auto Workers wanted to build a retirement cottage on Black Lake for its recently retired president, Dennis Williams. It received two bids from union firms for the 3-bedroom, 3.5-bathroom, 1,885-square-foot home: one for $851,000 and another for $1.3 million.

But, according to the union spokesman, “The UAW believed those [union] bids were too high for the cabin construction.” So it went with lower-cost, nonunion labor to complete the project.

At the headquarters of the Michigan Education Association, our state’s largest union after the UAW, officials contract out janitorial services to several companies each year. These cleaning companies are not union firms.

In other words, even Michigan’s largest unions put projects and services out for competitive bidding. They weighed the cost vs. the value of what they were going to get, and then they decided which bid to accept. What they didn’t do was arbitrarily decide they were only going to pay union wages, regardless of whether other companies or workers could do the job just as well.

So why, by reinstating “prevailing wage” for state contractors, is Gov. Gretchen Whitmer doing the opposite? This arbitrary wage floor raises prices on taxpayers with no guarantee of better services or better products.

In 2018, Michigan lawmakers repealed the state’s prevailing wage law. The law had mandated union wage scales on public construction projects. In other words, even if, say, a nonunion person laying grass seed normally charged $25 per hour, state law required a school in Detroit to pay $29 per hour.

This slanted the playing field against nonunion construction companies and workers, who are in the vast majority in Michigan. Fewer than 20% of construction workers belong to a labor union. The law made little economic sense and it defied common sense. Lawmakers were right to get rid of it.

Unions and Democrats said this would mean fewer jobs and lower pay. The opposite has happened. Since June 2018, according to the U.S. Bureau of Labor Statistics, Michigan gained 6,000 construction jobs.

Average pay for construction workers increased from $62,378 per year to $67,631, an 8.4% gain which is far above inflation. That’s despite the COVID-19 epidemic, and those job and income gains both beat the national average.

So, private individuals and businesses agree with competitive bidding. So do unions — at least when it comes to their own, rather than taxpayer, money. Let anyone bid, evaluate them on their merits and get the best work for the best price. Slanting jobs towards unions is unfair and unnecessary.