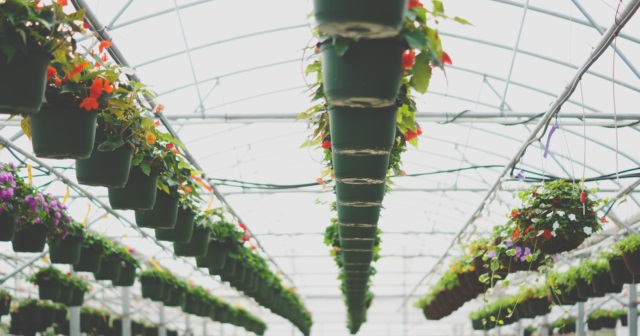 Latest orders should be reevaluated and give special consideration to effectiveness

Last week, Gov. Gretchen Whitmer issued a new shelter-in-place order, extending the stay-home mandate until April 30. The new order unleashed a wave of criticism. Here are five problems with the development and rollout of the new controversial order.

1. The governor neglected a legislative partnership

Political collaboration in an emergency is more than happy talk — it sends a strong message to the people of Michigan: “We’re in this together. We’re tackling the problem in spite of our differences.”

Initially, Gov. Whitmer showed an interest in making legislative leaders her partners in handling this crisis. But a lot of the resulting goodwill evaporated when the governor suggested that the Legislature need not exercise its defined statutory role in emergencies.

Once the goodwill evaporated, simmering concerns erupted in public, with derision following. A New York Times columnist wrote that Gov. Whitmer’s new order was “daft” and a Wall Street Journal editorial labeled her actions the “most excessive decrees” in the country.

2. The order tightened restrictions on people and businesses, without explanation

The new stay-at-home order doubled down on the first and included a broad new mandate to “prohibit in-person work that is not necessary to sustain or protect life.” This came as many Michiganders were still in the process of adjusting to the first stay-at-home order, transitioning to remote work and investing in making workplaces safe. The new orders required everyone to reconsider all the plans they had just developed or were in the process of developing.

In addition, the new order did not explain the reasons why it is necessary to ratchet up these restrictions, aside from citing a snapshot statistic of the number of people who had tested positive for the novel coronavirus and how many of those people had died as of April 8. To be clear, this does not suggest the order was unnecessary, just that the rationale for it was not clearly explained to the public.

3. The order is inconsistent

The governor’s order continues using an essential/nonessential framework when analyzing what work can occur or what items may be advertised and sold. This is causing confusion and inconsistencies. For example, the governor’s website says hardware stores may stay open, but landscaping services may not. So, presumably, according to the order, it is safer for homeowners to go to the hardware store and purchase the materials to do landscape work on their property than it would be to hire someone to do the exact same thing? This is strange, as it seems relatively easy to maintain a strict social distancing policy while doing landscaping work.

Real confusion came over the weekend, after the governor prohibited large department stores from selling certain items, including carpet, flooring, paint, furniture, garden items and plants. The executive order tells stores to “Close areas of the store—by cordoning them off, placing signs in aisles, posting prominent signs, removing goods from shelves, or other appropriate means[.]”

This prohibition appears to ban the sale of “nonessential” items, causing much of the concern and confusion. This is an innately subjective term —  what is “essential” to me might be “nonessential” to you. And while nourishment is essential to sustain life, are pop, ice cream, candy and alcohol really “essential?” We could easily survive without them. Unsurprisingly, this led to massive confusion on the part of grocery, department and hardware stores, evidenced by people sharing social media photos of items behind yellow tape, including seeds, child car seats and American flags.

Michigan House Speaker Lee Chatfield has suggested the state abandon this “essential” vs. “nonessential” dichotomy and instead adopt a “safe or unsafe” matrix. This approach would mitigate the hardship many families face by allowing people to return to work in a safe manner.

The new stay-at-home order is 10 pages long. Not even a week after it has been in effect, the governor’s office has published 41 frequently asked questions on this one order. (There are nearly 500 FAQs related to all the governor’s COVID-19 orders.)

The arbitrary implementation is best illustrated with the question of boating. Gov. Whitmer’s original shutdown order, issued March 24, encouraged outdoor recreation but was silent on boating. On April 3, Michigan State Police Lt. Mike Shaw told The Detroit News the order prohibited recreational boating. Only hours later, another state official clarified that boating was, in fact, allowed, and the governor’s website was updated to indicate boating “falls within the outdoor activities permitted under the order.” Last week’s new order said outdoor activity included “kayaking, canoeing, or other similar physical activity[.]” The FAQs issued later, however, said any motorized boating was prohibited, even, apparently, a single-person Jet Ski.

This policymaking whiplash does not inspire confidence for people who have been asked to suspend their livelihoods and activities until at least April 30.

5. The order is not consistently enforced

Because these orders are so confusing, state and local officials are struggling to enforce them consistently.

Local governments are openly questioning the governor’s order. The city of Roseville’s Facebook page advises residents to ignore the governor and attorney general if they need to use a lawn service, so they can continue to comply with city ordinances related to lawn care.

The sheriffs of four counties in the northwest Lower Peninsula, meanwhile, have said the governor’s order creates a vague framework of emergency laws that only confuse Michigan citizens.” They will, they say, deal with situations on a case-by-case basis. I am not condoning these acts of defiance, but we will likely see more of them.

Together, these problems suggest that Gov. Whitmer should reevaluate her latest order and give special consideration to its effectiveness in the face of what could become widespread public disapproval. Clarity is needed, and governing via FAQs seems inadequate to address the grave concerns the order has created.

For more on what the state should do, the Mackinac Center and the Michigan Chamber of Commerce released nine guiding principles for restarting Michigan’s economy.