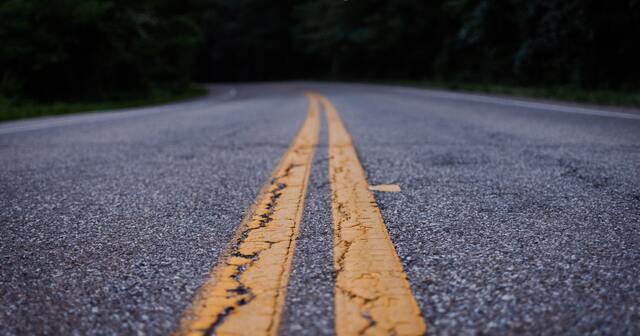 What Happens Now to Roads in Michigan

There are five potential paths lawmakers can take

Lawmakers from both parties agreed that the state government should spend more on road repair. But the state budget includes less road funding this year than last. It’s too bad that the dispute about how to get to more road funding led to a reduction.

Legislators approved a budget with $338 million more for roads within the state’s existing resources. Economic growth has meant that the state receives more in tax revenue each year and lawmakers devoted some of this growth to their priorities.

The governor’s moves were intended to drive support for her tax increase, which would be spent on roads and priorities other than roads.

And that’s where the dispute lies. Lawmakers can increase road spending by using the state’s existing and growing resources. Or they can raise taxes to increase spending even more on roads and other things.

There are five potential options that lawmakers can take to resolve this dispute.

State transportation managers estimate that current road funding leads to the state putting the roads back together at roughly the same rates that they deteriorate, though bridge quality is expected to decline. When it comes to road repairs, costs matter just as much as funding, and potential cost decreases could mean that road quality can improve without further changes in policy.

So the state can afford to do nothing — it just means that the roads quality may not generally improve in the immediate future. And even bridge quality would decline at slow rates, giving lawmakers time to figure out alternatives.

Transportation officials had argued for years that the state needed to find additional road funding resources. Yet total state funding hovered around $2 billion for over a decade before gradually increasing to $3.6 billion. Which is to say that doing nothing was a favored solution in the past, before the recent increase in spending.

Lawmakers have to pass budgets each year, so that they can’t completely ignore the issue. Yet a stalemate could lead to the legislature putting more money to road funding each year for the governor to veto.

The governor’s campaign slogan was to improve road conditions. It wasn’t until she was elected that she insisted that they get fixed with a tax increase. Still, money from the growing budget is worth just as much as money from a tax hike and may tempt her to go along with the Legislature in order to fulfill her campaign pledge.

And there are plenty of things that ought to be less of a priority than roads.

She’s already bent a little bit, as a portion of current road funding comes from the state’s income taxes. But she has opposed this earmark, too, and said that it uses money which should be spent in other areas.

If legislators continue to put extra road money in the budget, approving it may be the path of least resistance to accomplish her pledge to improve road conditions.

This is challenging for the governor because she has other fiscal priorities than just increasing road spending, and using the state’s growing resources to increase road spending gets in the way of the rest of her agenda.

The Legislature’s Republicans can bend and raise taxes

She can also get in the way of Republicans’ own fiscal priorities. While she did wind up approving 98.4% of the spending legislators sent her way, she was also not shy about using line item vetoes.

This leverage may tempt Republicans to cave to her demands to raise taxes.

A couple years of deadlock and animosity may result in pressure to pass the governor’s recommended tax hike.

Lawmakers put a tax hike on the ballot

If legislators believe that a tax increase is unpopular and the governor believes that it is not, they may put the issue on the ballot for voters to approve or reject. Ballot questions resolve the debate about popularity.

That happened not long ago. Lawmakers agreed to put $2.0 billion of tax hikes on the May 2015 ballot to increase road funding by $1.2 billion per year. It was rejected by 80% of voters. They’re likely going to be reluctant to put a similar proposal on the ballot, certainly one in the form that was rejected so strongly.

On the campaign trail, Governor Whitmer threatened to borrow money to spend on roads if she didn’t get a tax hike.

Borrowing doesn’t increase taxes, but it does pledge that future taxes will go to pay down state debts. It gives lawmakers expedited road spending but the state also has to pay interest.

Debt is a problem for the governor’s agenda. Debt gets paid off with revenue that could be used elsewhere in the budget and the governor wants to spend more in other areas of the budget.

It’s possible that a debt plan can be limited to the money used for transportation, which would increase road spending today at the expense of road spending in the future plus interest.

The state is still paying off road debts borrowed during previous administrations and a portion of the money we could be using to fix roads is being used instead to pay off debt. But if the governor wants to fulfill her campaign pledge to improve road conditions, it might be discussed as a compromise.

The governor has said that she wants to increase road spending in the long term too, and debt will not accomplish that goal.

So those are the five options.

There could be a combination of items. For instance, Gov. Rick Snyder proposed transportation funding increases in 2011, and there was a combination of all of these ideas, except debt, enacted during his two terms. Lawmakers did nothing for a little bit. They dedicated growing revenues to roads. They put a tax hike on the ballot. They raised taxes. The combination of things led to record highs in road funding.

Gov. Whitmer’s position makes it clear that this is about more than roads; it is a dispute about whether the state should operate with higher taxes. She has a clear preference and outside of putting the question on the ballot, the other options would be less appealing.

Likewise, the current Legislature’s preference may be to live with the state’s growing resources, and that makes taxes, debt and a ballot question unappealing.

It remains to be seen how this will be resolved. While the state should be able to afford to improve road conditions with the resources it has available, the governor clearly has other preferences and will continue to persuade other lawmakers to her views.