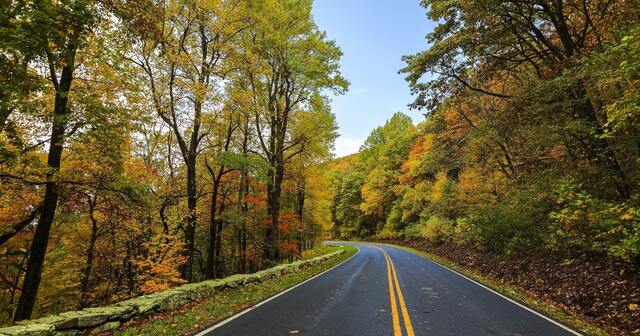 Lawmakers do not need to find $1.9 billion or even $1.0 billion for roads in a single year. Road repairs are long-term projects, and the state needs to gradually spend more to ensure that roads are put back together faster than they fall apart.

Road funding is already at historic highs when adjusted for inflation, and road quality has improved in the past with lower levels of road funding. Lawmakers have also found several ways to find more road funding in the budget by using the revenues from the growth of current taxes.

But lawmakers have the power to do what they want, and if they would like to spend $1 billion more on roads, there is money in the budget. Here are a few ideas for spending reform to aid lawmakers in reprioritizing state spending.

Transportation Economic Development Fund: The state should put this money into its formula for distributing money for road funding instead of using it on targeted projects. $44 million.

MPSERS extra payments: Michigan charges school districts for running a statewide retirement system for their employees, and it sends them extra money to cover a portion of those payments, beyond what state law requires. Lawmakers could stop sending those extra payments. $100 million.

Employee premium sharing: The state already requires its employees to pay for a portion of their health insurance. But it requires a smaller percentage than private sector averages, and it could increase those requirements to match practices in the private sector. $55 million.

Disputed school grants: The current year’s budget includes grants to schools which go beyond funding for general school operations. But Gov. Gretchen Whitmer, the House and the Senate disagree over what grants should be offered. Where grants are disputed, they should be ended. $26 million.

Halve general ISD grants: The state sends money to intermediate school districts, which already get funds from their local millages. Furthermore, ISDs duplicate the services that school districts provide and are ineffective. State funding to them has grown even though student populations have declined. This money can be better spent on roads. $35 million.

Index higher education spending to inflation: State payments to universities have grown substantially since 2012, but university costs increased even more, and so did the tuition they charge state residents. Lawmakers can dial back state payments to universities but still increase spending to match inflation and the growth in their resident student enrollment. These institutions have operated with less in the past and will be able to adjust. $247 million.

Michigan Council on Arts and Cultural Affairs: State funding of arts and cultural programs is a fraction of all private and philanthropic spending in the state. State taxpayers can exit the function entirely. $9 million.

Rail operations: The state supports passenger rail services that are expensive and unnecessary. There are more affordable and efficient private ways to transport people around the country, without rails. $71 million.

AgBio Research and Cooperative Extension: These operations at Michigan State University provide private benefits at public costs. The beneficiaries of the services can work to find ways to finance their work without taxpayer support. $65 million.

Revenue Sharing: Since 2011, the state has increased its payments to local governments beyond the inflation rate and beyond what is required by the Michigan Constitution. Redirecting these general payments to road funding would still transfer money to counties, cities and villages, but they would have to be used for specified road uses. $104 million.

Great Start Readiness Program: The state has expanded the income eligibility of this program and now provides subsidies to many families who can afford to pay for their own children’s preschool. Lawmakers can reduce payments while still ensuring that poorer households receive support. $114 million.

Strategic Fund: The state operates business subsidy and support programs that are ineffective and wasteful. Resources spent here can be better spent on roads. $125 million.

In short, the state could direct another $1 billion to roads by making them a priority. The figures mentioned here refer to the House-passed budgets and represent a total of $1,062 million that could be redirected to roads. If applied to the governor’s recommendation, they would redirect $1,221 million. If applied to the Senate-passed budget, they would redirect $1,127 million.