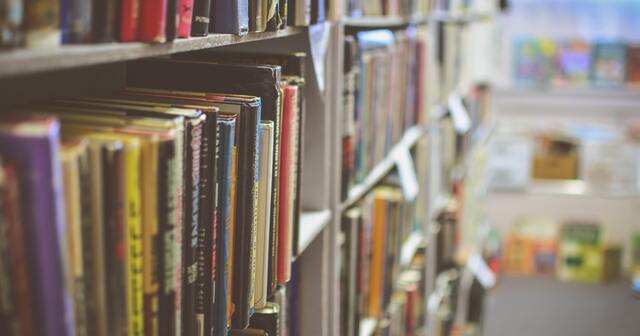 The number of school librarians in Michigan has declined as of late and some state lawmakers want to mandate every school to hire one, with the hope that this will improve literacy rates. This would be expensive and probably ineffective. But if lawmakers want more librarians, there is a way to get them with minimal costs – reform state licensing laws.

Bridge Magazine notes that 92% of schools don’t have a full-time librarian and the number of school librarians has declined 73% since 2000. It connects this to poor literacy results.

Rep. Darrin Camilleri, D-Dearborn, is backing a package of bills that would require every school to have a library and a librarian. This is overkill and would be extremely difficult for small school districts to make work financially. What about districts that share librarians? Or the librarian who serves multiple schools within the same district? The bills could be a massive expense for some districts, micromanaging school funding even further than it already is, all without solid evidence that it would make much of a difference.

Still, if lawmakers want more school librarians, there’s a much simpler way of achieving that goal than forcing a one-size-fits-all mandate on schools. In fact, it wouldn’t cost anything — all lawmakers need to do is reform the state’s licensing laws.

Michigan law, based on administrative rules, requires school librarians to have a bachelor’s degree, a valid Michigan teaching certificate and a “library media endorsement.” To get this endorsement, a teacher needs to get a master’s degree in library science or library and information science. This is appear to be among the most stringent of requirements in the nation and getting it costs more in time and money than what Ohio and Indiana mandate.

Relatedly, people employed as librarians only need a certification if they are the director of a system that receives state aid. The requirements range from a GED and no cost for small town libraries up to a master’s degree in large cities. (Libraries covering larger towns and cities need at least two people with certifications).

It’s unlikely that Michigan’s strict licensing laws lead to better outcomes for students; it appears instead that they just make it more costly for people to become school librarians. Of course, if schools think it matters whether their librarians have a master’s degree, they are free to require one. But the state’s broad-brush certification requirements likely just lead to fewer candidates for schools to choose from.

Michigan has a new law requiring that most third graders be able to read at grade level. Schools should have flexibility in how they meet this standard. They could choose to put resources into several positions, including elementary school teachers, aides, reading specialists or librarians. For the latter, the state can make it easier for school districts and librarians by relaxing its overly stringent mandates.