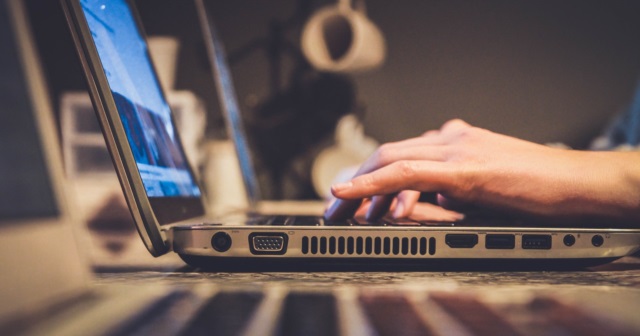 Virus Shows Internet is too Important for Government to Run

Editor's Note: This article first appeared in The Detroit News on April 30, 2020.

The most important thing during the COVID-19 pandemic to protect the health and welfare of Michigan citizens in the short-term is staying home and away from other people, as much as possible. For most households, having reliable, high-speed internet and data access makes that a lot easier.

Private U.S. internet networks appear to be holding up well. During the crisis, as more people stay and work from home, internet and data usage has spiked. In Europe, this pressure on networks has caused broadband speed and streaming quality to be reduced.

Unlike here, European networks are more heavily regulated. This has led to less investment and worse performance for consumers for years. As the Internet Innovation Alliance notes, “By every relevant measure of broadband capability, the US is ahead of Europe, with greater levels of broadband deployment, competition and access to the fastest wireless and next-generation wired facilities.”

American consumers are being generally well served by the private sector. Hundreds of service providers have signed up for the FCC’s COVID-19 pledge related to retail practices and prices. Wireless providers are giving out more data and the use of more hotspots for free.

Because these investments happen gradually, it’s often hard for people to recognize them. But try to take yourself back and remember phone and internet usage 10 or 15 years ago.

When I went off to college in 2005, my family still had dial-up and when my school got WiFi, it was a very big deal. When I graduated and started my first job, living in a smaller community in Michigan, I paid $75 per month for 5Mbps — which seemed to be plenty. Today, I pay less than that for 20-times the speed. This matches the long-term trend in broadband: the amount of data consumers get for what they pay has skyrocketed.

As with all things, internet and data services aren’t perfect. There are many areas of the country which don’t have access to high-speed, broadband internet. Pockets with no cell phone service exist. Older and low-income communities have less access than others. And more could be done to encourage competition between providers, which is what leads to better service and lower prices.

But the solution to this is not more government involvement. Intrusive regulation has been tried and led to worse service in Europe. Government-built networks also resulted in disasters in the U.S., like KentuckyWired (“the $1.5 billion information highway to nowhere”) or iProvo (where the city took on $39 million debt, nearly defaulted, and sold off to Google for $1).

With the 2009 federal stimulus program throwing money around, many cities went in on “government-owned networks.” The scholarly research shows poor results. A University of Pennsylvania study analyzed all public networks with available financial data and found only 2 out of 20 were expected to become financially viable. A paper from the Mercatus Center examined 80 municipal broadband projects and found no positive benefits in terms of private jobs or worker income, despite mass public subsidies.

An increasing number of Michigan cities haven’t learned from these lessons. Traverse City, Holland and other smaller communities are forging ahead with risky plans. And a new bill in Lansing would encourage more of this, making it easier to impose property taxes for government-run internet service. Democratic presidential candidates have also jumped on board, proposing ambitious and expensive federal plans for more state-run technological systems.

The solution to a lack of access is getting government out of the way, removing regulatory barriers and encouraging competition. If subsidies are needed, these should be provided directly to the needy and elderly to pay for service, not to government contractors with promises to build a better internet.

As Theodore Bolema, director of the Institute for the Study of Economic Growth at Wichita State University, has noted: “Governments have no sustainable advantage in offering broadband, as compared to private companies that bring far more experience from other communities where they operate. So the only way governments can compete is by giving themselves regulatory advantages or by arranging for taxpayer subsidies for their operations.”

The internet is too important to trust in the hands of government officials.