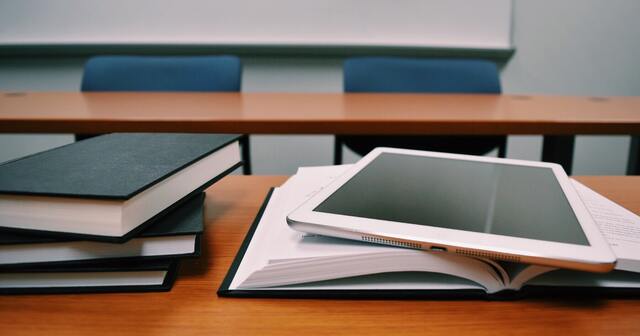 Michigan can lead the way

Michigan rightly prides itself on having some fine public universities. The flagship school, the University of Michigan, is considered by virtually all college rankers to be among the nation’s five best public universities. An objective examination of Wolverine State schools, however, shows several weaknesses. There is apparent severe overcapacity accompanying sharply declining enrollments, which demographic factors suggest likely will not reverse soon. Additionally, outside observers rate most Michigan public universities just so-so in quality. Perhaps the time has come to consider a new model for funding these universities, letting what Joseph Schumpeter termed “creative destruction” in dynamic competitive markets operate in higher education.

Universities across the country are struggling to fill classrooms. Headcount enrollment at Michigan’s 15 public universities fell nearly 13% between 2012 and 2021. Excluding the two largest and most prestigious schools, the main campus of the University of Michigan and Michigan State, the enrollment decline is a sharp 22%. Enrollment fell 25% or more at Ferris State, Central Michigan, Eastern Michigan, Lake Superior, and Saginaw Valley. Neighboring Ohio, with a significantly larger population, has fewer schools. The amount of capital infrastructure of Michigan schools is actually increasing as instructional needs decline: Colleges had 63.7 million square feet of instructional space in 2011-12, a figure that rose to 70.6 million square feet by 2020-21. Moreover, American academic facilities are scandalously underutilized, being largely unused about four months a year.

As potential students become increasingly aware of the risks of attending college and question the return on collegiate investments, there has been a massive nationwide flight to quality. It is no accident that the three best public schools in Michigan according to the popular US News rankings –Michigan, Michigan State, and Michigan Technological University—are the only three public universities to record enrollment increases from 2012 to 2021. Students apparently reasoned that attending the perceived lower-quality schools leads to fewer good postgraduate jobs and costs nearly as much as the top universities.

In the more comprehensive Wall Street Journal rankings of nearly 800 American schools, only two of the 14 ranked Michigan public universities were in the top quartile (U of M and MSU), while six were in the bottom quartile (ranked below 600): Central Michigan, Eastern Michigan, Grand Valley State, Northern Michigan, Oakland U. and Saginaw State.

Data from the U.S. Department of Education’s College Scorecard explain the massive flight to quality. Compare high-ranked U-M with nearby low-ranked Eastern Michigan. At the University of Michigan, 92% graduate within eight years of entry, compared with only 52% at EMU. The median annual earnings 10 years after attending the U-M were $76,000, 65% higher than at EMU, despite similar average college costs. Future college students understand this and desperately try to get into the perceived best schools.

It’s time to reimagine Michigan’s higher education by funding students instead of universities.

Six Michigan schools have fewer than 10,000 students, only one of which (Michigan Technological University) has a good regional reputation according to national rankings. The Detroit metro area has five state universities; Michigan and EMU are less than 15 minutes apart. If state funds going to subsidize universities instead were given directly to students, “state” universities would effectively be privatized. If these schools were allowed to charge whatever fees they wanted, it’s likely that some institutions with students would flourish while others would flounder and either close or merge with stronger schools. Markets would reallocate resources according to consumer preferences rather than political maneuvering.

Progressives and conservatives should love this. State-funded scholarships (sometimes called vouchers) could be targeted to especially help the poor. While a standard scholarship might be, say, $6,000, super wealthy individuals might receive less (or even nothing), while those in poverty could get more, say $10,000 or even $15,000 awards. Want to promote academic excellence? Reward students with especially high performance additional money for their achievement; remove scholarships for those failing to meet minimal academic standards. Universities should be allowed to alter their governance structure and abandon other state regulatory restraints when privatized. In time, perhaps existing private Michigan colleges should be eligible to participate as well. American higher education needs shaking up: Michigan can lead the way.