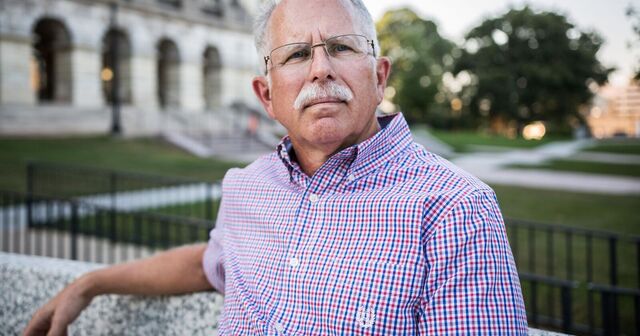 Mark Janus of Illinois is challenging the union forcing him to pay them money.
Pressroom

MIDLAND – The U.S. Supreme Court announced today that it will hear the case of Mark Janus, a child support specialist from Illinois who is suing for the right to leave his union. His case is widely considered to be the heir to Friedrichs v. California Teachers Association, a 2016 case that could have made paying dues or fees to a public union optional for workers across the entire country. If Janus v. AFSCME is ruled as Friedrichs was expected to be, it would mean that all public sector employees in the country would be freed from being forced to financially support a union as a matter of constitutional law.

In Friedrichs, the court was expected to decide that “agency fees” — payments that workers in unionized workplaces are required to give to a union — are unconstitutional under the First Amendment. This would have made all public employees in mandatory bargaining units right-to-work. The sudden death of Justice Antonin Scalia a few weeks after the hearing made the final decision a 4-4 split, but allowed similar cases, like Janus, to move forward.

The Mackinac Center Legal Foundation, which has litigated multiple cases in Michigan concerning similar issues, submitted an amicus brief to the Supreme Court in July urging it to both take the case and find in favor of Janus. Such a decision would overturn the 1977 ruling in Abood v. Detroit Board of Education, which allowed public sector unions to impose agency fees. Abood indicated that public sector unions could not charge nonmembers for spending on political activity.

Public employees represented by mandatory unions in non-right-to-work states must pay agency fees in lieu of membership dues, even if they disagree with the union’s political behavior or do not want to otherwise associate with the union. Agency fees are slightly less than dues, and unions say they reflect only the money the union spends to represent each employee in collective bargaining and grievance administration. But public sector unions, by definition, operate entirely in the realm of politics and, therefore, all of their actions should be considered political in nature. Public employees should not be forced to support this political activity.

In Michigan, most public employees in mandatory bargaining units are right-to-work under state statute. Police and firefighters, however, are not and are the public employees most likely to be affected by a decision in Janus. Nationally, the case could affect millions of public employees.

“The problem is, when you’re negotiating with the government, everything you do is political,” said Patrick Wright, vice president for legal affairs at the Mackinac Center and author of the amicus brief. “For those who agree with the union’s agenda, that’s fine. But it’s forced speech for those who don’t, and that’s a violation of the U.S. Constitution.”

In Abood, the Supreme Court ruled in favor of agency fees because it felt that losing that revenue would cause financial collapse for unions. But Mackinac Center research has disproved this theory.

“States that have right-to-work laws still have unions,” Wright said. “They may experience a dip in membership, but they survive financially and can continue to provide services for employees who choose to support them.”