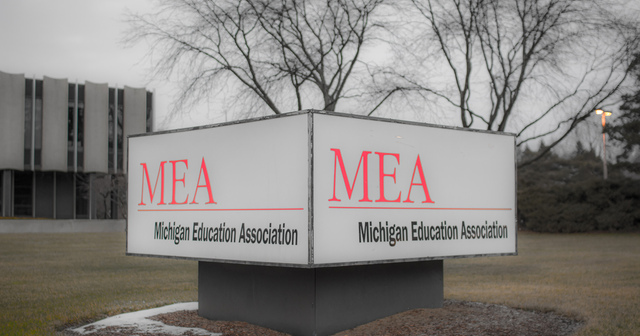 Union Proposes Trimming Retiree Health Benefits to Save Money; Opposed It When Taxpayers Were Footing the Bill

In 2011, Michigan lawmakers passed a bill that required public school employees to contribute more to the cost of their health insurance coverage, with most having to pay 20% of their premiums. At the time, the typical teacher paid only 4%, while the average private sector worker paid 22-27%. The move has saved school districts hundreds of millions of dollars, which can be used to help students learn more.

“This is just another example of our teachers and other public employees being under attack from this governor and Legislature,” said the MEA’s public affairs director, Doug Pratt, in an MLive story. And since then, the MEA has supported proposals to remove aspects of recent cost-saving efforts.

But now the union has changed its tune — at least when it comes to the amount it has to pay in employee benefits.

MIRS News reports, “The Michigan Education Association is looking at higher co-pays and the loss of some health care benefits for some of its retirees as cost-saving measures and the retirees aren't happy about it.”

The MEA has witnessed liabilities pile up over the past decade — dramatically going from $77 million in 2007 to $233 million last year. The change has entirely been driven by pension and retiree health care liabilities.

MEA spokesman Doug Pratt said the organization values its retirees who dedicated their careers to creating better future for Michigan's educators and students. However, like many health plans, the MEA's is seeing higher medical and prescription costs and "urgent need for action" is necessary. "These updates to retiree health insurance will ensure benefits are available for current and future retirees when they need them most," Pratt said.

So, to summarize, when school districts, and ultimately taxpayers, needed to take control of skyrocketing health care costs, it was an “attack” on workers. But the union does it, it’s just sound fiscal planning.