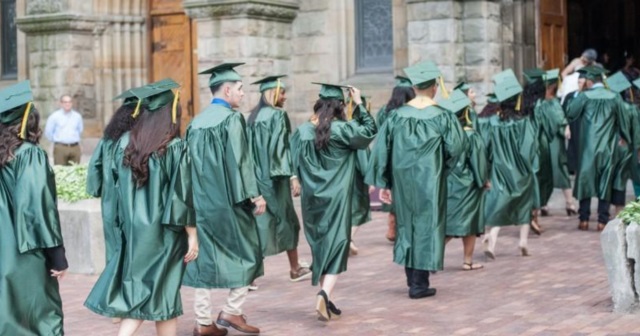 This week Michigan signed onto a lawsuit to stop the U.S. Department of Education from sharing emergency federal funds more fairly among K-12 students, including those in this state. Attorney General Dana Nessel, Gov. Gretchen Whitmer and State Superintendent Michael Rice announced the legal action at a July 7 press conference. California and a handful of other states will also join the lawsuit.

At issue is how much new federal aid money will help students in private schools. Under the CARES Act, Congress allocated billions of dollars to help schools respond to the COVID-19 pandemic. Most of that funding goes first to state education departments.

The U.S. Department of Education issued a rule requiring states to distribute CARES Act aid to private schools on the same basis that they use to distribute it to public schools. Confusion comes from the fact that in the act, Congress relied on a formula for funding Title I — a program meant to help students in high-poverty schools — even though it meant to help students in all schools.

Under Title I, districts must show they use a share of its funds to provide extra instruction or support services to at-risk students in certain private schools. The CARES Act divides up emergency relief money among states and districts in the same way. But it also gives district leaders discretion to direct funds toward specific needs created by the COVID-19 pandemic, or for other purposes.

If a local district opted to spend its relief money only in high-poverty schools with Title I programming, then it must also share funds with private schools based on the number of low-income students they have. That’s how Title I operates. But if a district uses the CARES money across all its schools, it also must allocate funds equitably based on the total number of students in local private schools. A school may use the money for extra required cleanings, technology for remote instruction and other purposes.

According to Rice, the federal rule means private schools will benefit from about $21.6 million of Michigan schools’ roughly $390 million share of federal relief funds. Under the narrower definition Rice prefers, Michigan’s private schools would only receive $5.1 million, with public schools getting another $16.5 million. The CARES Act also allows the state education department to hold back up to 10% of its allocation to use at its discretion — over twice the amount private schools will receive from Congress.

Sharing CARES Act funds according to student numbers, regardless of school type, is a fundamentally fair approach. Federal relief money for higher education does not discriminate based on whether a student attends a public or private university. What rational reason is there to treat K-12 education differently?

The economic hit from pandemic-related restrictions has already led dozens of U.S. private schools, mostly Catholic, to announce they are permanently closing their doors. Michigan should use sound policy options to limit closures forced by the pandemic. Doing so helps the state treasury. Each student who switches from private to public schooling will impose a far greater cost on the state than the amount a private school receives per student in federal relief.

While the officials behind the lawsuit claim that public schools will get shortchanged by the federal rule, they have other complaints. And those complaints fall short, as well. Rice expressed the extra $16.5 million private schools would receive as a result of the disputed rule in terms of Chromebooks that could be purchased for low-income public school students. But what was not reported was that Michigan applied to use its $89.4 million share of the Governor’s Emergency Education Relief Fund primarily to provide internet access and devices to public school districts with the greatest need. The governor’s fund is a separate pot of CARES Act money.

For her part, Nessel cited the specific reductions a few of the state’s largest school districts face under the reinterpretation of the funding formula: $1.4 million for Flint and $2.6 million for Grand Rapids. That would amount to about 15% and nearly one-third of their respective federal relief allocations. But the extra $2.6 million Detroit has to share with private schools under the rule makes up about 3% of its $85 million allotment. The state’s largest district already staved off budget cuts and layoffs with help from this windfall.

Instead of punishing students whose families have chosen private education, Michigan leaders should call for any future federal relief to be distributed more equitably. The complex Title I formula leads to wildly uneven results at the district level, even when measuring funds received per low-income student.

State officials should focus on ensuring funds are used more fairly, not favor adult interests nor discriminate based on the different types of schools children attend.