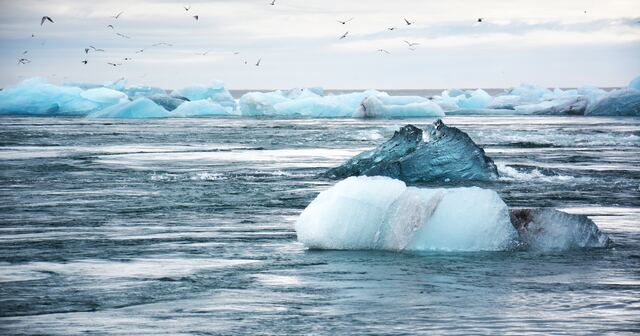 Time for a Full and Independent Review of Climate Science

A few months back, a motivated reader critiqued my IMPACT magazine article, “Thirty Years of Climate Concerns.” This reader took issue with my arguments, critiqued the sources I had cited, and suggested that I needed to review my article, “with a view to scientific accuracy.”

Anyone who has written or read anything covering the so-called science of climate change will immediately recognize the pattern. No matter what side you take on the climate issue, no matter how boisterous, or how tepid your opinion might be, someone will be there to loudly question your view of the science, claiming your sources are biased and unreliable, explaining how little of the science you understand, and helpfully informing you of their much greater understanding of — and respect for — the actual science of climate change.

We often hear that the “science is settled.” But the reality is that there is a very active and ongoing debate over the validity of GCMs (general circulation models) and their ability to accurately predict the real world changes associated with the release of greenhouse gases into the atmosphere. In fact, the claim that science could possibly be settled is anathema to the very idea of science. It ignores the fact that better technology and additional study have, throughout history, shown us how little we actually understand of the complex and dynamic natural systems that govern our planet.

An honest reviewer can clearly see that there are realistic and widespread concerns about the science of climate change being called on to support massive changes to our energy policies and the targeted spending of trillions of dollars across the planet. For that reason, I have joined a long list of signatories to a letter that was sent to President Trump on March 18.

This letter “express[es] our strong support for the proposed President’s Commission on Climate Security” and points out the need for the Commission to “[conduct] an independent, high-level review of the Fourth National Climate Assessment and other official reports relating to climate and its implications for national security.” Such a review should be welcomed by all sides of this issue. If “the science contained in official reports is robust, then [the proposed review] would finally put to rest the doubts that have been raised.”

The full text of this letter follows and a PDF version of the same can be found here.

The undersigned organizations and individuals write to express our strong support for the proposed President’s Commission on Climate Security. It is our understanding that this commission, which is being planned and would be directed by Dr. William Happer of the National Security Council staff, is currently being considered by your senior White House staff and relevant Cabinet secretaries and agency heads. The commission would consist of a small number of distinguished experts on climate-related science and national security. It would be charged with conducting an independent, high-level review of the Fourth National Climate Assessment and other official reports relating to climate and its implications for national security. Its deliberations would be subject to the transparency requirements of the Federal Advisory Committees Act.

In our view, an independent review of these reports is long overdue. Serious problems and shortcomings have been raised repeatedly in the past by highly-qualified scientists only to be ignored or dismissed by the federal agencies in charge of producing the reports. Among major issues that have been raised and that we hope the commission will scrutinize: the models used have assumed climate sensitivities to CO2 concentrations significantly higher than recent research warrants; the models used have predicted much more warming than has actually occurred; predictions of the negative impacts of global warming have been made based on implausible high-end emissions scenarios; the positive impacts of warming have been ignored or minimized; and surface temperature data sets have been manipulated to show more rapid warming than has actually occurred. An underlying issue that we hope the commission will also address is the fact that so many of the scientific claims made in these reports and by many climate scientists are not falsifiable, that is, they cannot be tested by the scientific method.

The conclusions and predictions made by these reports are the basis for proposed energy policies that could cost trillions of dollars in less than a decade and tens of trillions of dollars over several decades. Given the magnitude of the potential costs involved, we think that taking the insular processes of official, consensus science on trust, as has been the case for the past three decades, is negligent and imprudent. In contrast, major engineering projects are regularly subjected to the most rigorous and exhaustive adversarial review. We suggest that climate science requires at least the same level of scrutiny as the engineering employed in building a bridge or a new airplane.

We note that defenders of the climate consensus have already mounted a public campaign against the proposed commission. We find this opposition curious. If the defenders are confident that the science contained in official reports is robust, then they should welcome a review that would finally put to rest the doubts that have been raised. On the other hand, their opposition could be taken as evidence that the scientific basis of the climate consensus is in fact highly suspect and cannot withstand critical review.

We further note that opponents of the proposed commission have already stooped to making personal attacks on Dr. Happer. Many signers of this letter know Dr. Happer personally and all are familiar with his scientific career. We know him to be a man of high capabilities, high achievements, and the highest integrity.

Although an independent commission of distinguished scientists would have high credibility, we do not mean to imply that its report should be the end of the matter. We therefore suggest that the National Academies of Science and Engineering would be appropriate bodies to conduct an initial review of the commission’s report.

Mr. President, you have made a number of comments in recent years expressing doubts about the global warming consensus. Many of the signers of this letter have been similarly skeptical. Without prejudging the results, we think that a review of climate science produced by an independent, high-level commission would be a fair test for your views (and ours): either it would provide a sound basis for revising your views or it would confirm your views and confound your critics.

For these reasons, we urge you to create by Executive Order a President’s Commission on Climate Security.

Thank you for considering our views.