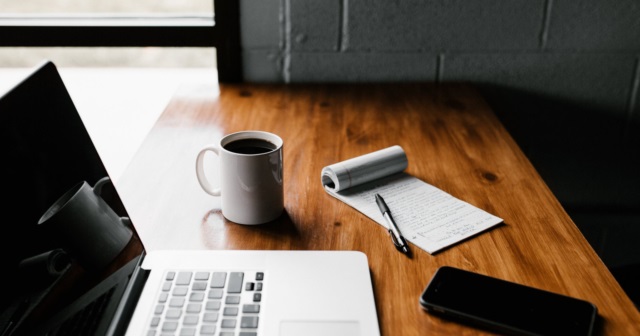 History is full of wonderful lessons that people can learn from to avoid condemning themselves to repeated failures. Take Michigan’s corporate welfare apparatus, for instance. Years of bad programs and poor choices have not prevented politicians from returning to ineffective economic development strategies.

I was reminded of this while doing research for the Mackinac Center’s newest study on state incentive programs. I stumbled across a 1995 editorial from The Detroit News titled “The Risks of Industrial Policy.” The editorial raised concerns about corporate handouts in general, but it focused on three deals — with Blue Water Fiber, Borders (Walden Books, Corp.) and Solvay Automotive — that would allegedly create new jobs for Michiganders.

We now know how things panned out for the corporations and for taxpayers.

The Blue Water Fiber deal came with a $5 million cash grant from the state and $76 million in tax-free bonds. It also appears to have been paired with a local property tax abatement. This, all in exchange for creating 34 jobs, according to The Detroit News. The good news is that the enterprise briefly exceeded that jobs figure. The bad news is that employment dropped to zero in 2001 as the company went out of business. Blue Water recycled de-inked pulp from used paper.

Even if the state had only given Blue Water $5 million for 34 jobs all at once, that would have worked out to subsidies of $29,411 per job per year, far more than what those job holders would have paid the state in income taxes. In other words, the state investment was a big loser for taxpayers.

As an aside, this was not the only de-inked pulp-recycling business that the state thought would be a winner that year. State officials also approved a $7.5 million Michigan Economic Growth Authority deal for Aspen Bay Pulp and Fibre. Government officials had certified that the company’s plan for expansion was sound, as the law required them to do.

Aspen Bay was also offered state and local property tax abatements, the latter worth $11.7 million. The marketplace wasn’t as impressed as state bureaucrats were, though: the company could not find even private financing for its project. No jobs were created.

Walden Books, Inc. was among the first to strike a MEGA deal with the state in the spring of 1995. To win a tax credit deal with the state, company executives had to affirm in writing that the MEGA incentive made the difference in the choice to expand or move to Michigan. But reporters discovered that an executive of the company put down a deposit for a new home in the area the company was locating to (Ann Arbor) before MEGA was ever passed into law.

In other words, the $7.7 million MEGA deal from the state and additional $225,000 in free shuttle bus services provided by the Ann Arbor Transit Authority given to the company was just a fat financial windfall. The company did add to its payroll, but it went out of business shortly after the 15-year incentive deal expired in 2010. Borders, Inc., filed for bankruptcy in 2011 and closed its doors and those of its Walden Books for good.

The third and final deal mentioned — Solvay Automotive — appears to have done better but still fell short of promises. The company projected 250 new jobs would be created at its new facility. State documents indicate peak employment there at 225 but falling to 157 in 2008. The state offered as much as $4.7 million in business tax credits. Additional local incentives included free land worth $175,000 and a local property tax abatement worth more than $6.3 million.

Despite Solvay’s relatively positive performance, the MEGA program was a failure — or “debacle” — according to one scholar. Six rigorous analyses have been performed of the program, and five found a zero to negative impact. Our most recent study, “Economic Development? State Handouts and Jobs: A New Look at the Evidence,” found the program created jobs, but had to offer $125,000 in incentives per job per year.

The Detroit News editorial from 1995 concludes by asking, “Does every governor have to make the same mistake?” The answer appears, unfortunately, a resounding “yes.” Every governor back to Kim Sigler in the 1940s has tried creating their own corporate handout program, save one. So far, Gov. Gretchen Whitmer has eschewed creating her own corporate handout department or program. In fact, she has helped rein in the existing spending on business subsidies. Let’s hope, for taxpayers’ sake, she continues doing so.