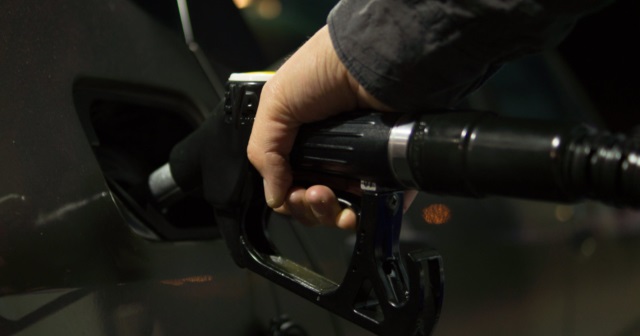 When government and special interests partner to promote politically favored products, they distort markets by restricting access to those products in some sectors while mandating oversupply in others. The Renewable Fuels Standard, or RFS, perfectly demonstrates this reality.

Special-interest efforts to extend and expand the RFS are ramping up in Washington, D.C., again. In response, the Mackinac Center’s Environmental Policy Initiative signed on to two coalition letters that ask President Trump and Congress to resist these efforts.

In one coalition letter, the Mackinac Center joined 26 other organizations, including Americans for Prosperity, American Energy Alliance, Competitive Enterprise Institute, and Americans for Tax Reform, to request that the Trump administration “revisit the recently established 2020 RFS volumes and direct the U.S. Environmental Protection Agency to build upon recent waivers to ensure the availability of gasoline by waiving these biofuel requirements for the remainder of 2020.”

This first letter lays out a clear case for waiving the current RFS requirements. “Even with steady gasoline demand, 2020 RFS volumes were likely to exceed consumer demand by at least two billion gallons of ethanol.” But COVID-19-related restrictions on travel are expected to cause as much as a “20 percent year-over-year drop [in gasoline demand] and a greater than 50 percent reduction in the short-run.” Maintaining the 15 billion-gallon standard in the face of these disruptions will ensure ethanol supply “dramatically exceed[s]” demand.

Organizations like AAA have noted that ethanol-blends of greater than 10% can cause damage to engines and that maintaining excessive RFS requirements will cause further disruptions in gasoline and oil markets that are already reeling from global oversupply issues.

As a final note, the first letter points out that ethanol producers have attempted to respond to COVID-19 driven demands for hand sanitizers. However, maintaining the RFS would divert ethanol from those current needs into an oversupplied fuel market.

While RFS supporters argue that the measure helps promote energy security, that goal was already met through the application of fracking technologies that have made the United States a world leading producer of oil and gas.

The second coalition letter urges both the Senate and the House to oppose efforts to spend $100 million in limited taxpayer dollars on biofuels under the Higher Blends Infrastructure Incentive Program. This letter reiterates the reality that demand for transportation fuels are at an historic low as a result of COVID-19-based restrictions on vehicle travel, and points out that the biofuel industry already received $60 billion in subsidies from 2003 to 2019 — “more than any other American energy resource.”

The letter then builds on the previous letter’s proposals by urging Congress to go beyond simply reviewing and halting the 2020 RFS levels. Instead, it requests a total repeal of “the failed government experiment known as the Renewable Fuel Standard.” Doing this would allow the nation to remove the government’s current “thumb on the scales” approach to transportation fuels polices and reassert market forces and consumer demand in this sector.

Far from ensuring a sufficient supply of domestic fuel supplies, the RFS has confused fuel markets and increased prices on essential transportation fuels for American consumers. The letter argues that, “If COVID-19 is to have any legacy on the American energy sector, let it be in the form of resetting and dissolving the past’s poor decisions.”

The renewable fuels industry attempts to paint these coalition letters as “anti-farmer,” but the reality is that many in the agriculture sector — the National Chicken Council, National Cattlemen’s Beef Association, National Pork Producers Council, National Turkey Federation, and the Milk Producers Council — have opposed the mandate. In fact, the RFS, as with most other targeted subsidies like it, enrich a small sector within one industry and pass the extensive costs on to all other consumers and taxpayers. The RFS raises prices on food and harms the ability of American markets to provide the fuels that drive our society. Repealing the RFS would help support the overall health of American transportation fuel markets.