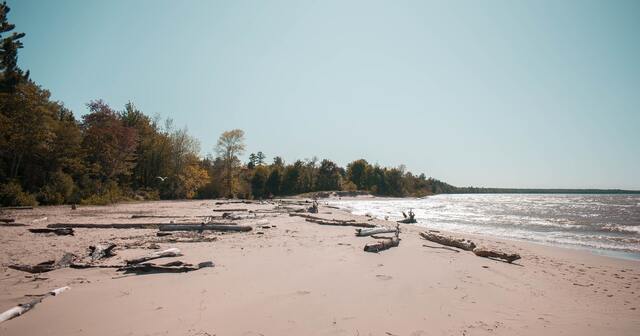 Lawmakers shouldn't waste millions on a program that doesn’t work

The state of Michigan has recommended that its citizens do not travel due to the COVID-19 pandemic. Key officials themselves, however, have been busted for traveling to southern states like Florida and Alabama. In addition, our government is spending money to encourage people to travel. So, which is it? One easy way to eliminate the mixed-messaging is for the state to stop subsidizing the tourism industry with its Pure Michigan advertising campaign.

The double standard is obvious and was made public while the governor was presiding over a surge in COVID-19 cases. There is much speculation about why Michigan is suffering, but if travel is a contributor, the state has no business running ads out of state in an attempt to lure travelers.

The campaign runs advertisements outside of Michigan with the specific intent of persuading people from elsewhere to visit. According to the state’s travel consultant, there were “1.9 million ad-influenced trips in 2019” to Michigan. This is a heady if questionable figure, but statistically speaking, if the program is this effective, some tourists recently lured here by the latest ad efforts are bound to bring the virus with them and spread it.

Despite this, the state budgeted $15 million from its own resources for Pure Michigan last year and ran ads, starting last December, to encourage people to come here. It did this after state officials ordered in-restaurant dining to close and after the governor herself asked Michiganders not to travel. If they traveled, it was feared, that would spread the coronavirus.

“Too many people traveled for Thanksgiving. And we will see our numbers increase, very likely, because of it. And that will coincide with the next big holiday. Christmas. And too many people are considering traveling and I’m reiterating: please don’t,” she said at a press conference. At the time, the state’s own COVID web site also discouraged travel, and specifically travel into Michigan.

That was for the winter campaign. The spring and summer ad campaign was announced April 8, just three days after the state posted a statement that read in part: “Travel increases your chance of spreading and getting COVID-19. We recommend that you do not travel at this time. Delay travel and stay home to protect yourself and others from COVID-19.”

All of this raises several questions. Do state officials really believe that travel and the social interactions it brings spreads the virus? If they do, why continue to fund a program that, according to their own calculation, led to nearly 2 million extra visits here in a single year? If travel and social interactions are not a threat, why must Michigan officials restrict both for everyone else? The inconsistency within state officials’ policies, words and actions lead to confusion and frustration.

From a public health perspective, it is unlikely that Pure Michigan is a threat, because independent scholarship on its efficacy shows that the program does not work. A 2016 Mackinac Center study found that for every $1 million in additional spending, there was a corresponding increase of just $20,000 in extra economic activity in the accommodations industry statewide. In other words, the program is, on net, a huge negative for residents. And that was the best performing sector of the tourism economy we examined.

Despite officials’ warnings not to travel and evidence that Pure Michigan doesn’t work, the program has and continues to get funded. The current budget subcommittee bill for general government spending maintains last year’s total at an annualized level $25 million, $15 million of which would come from state sources.

The state should cut funding for Pure Michigan. If officials are right about the program, and if they are right in saying that travel and close encounters with other people spread the virus, they are inviting more trouble. If they are wrong, however, they are wasting millions on a program that doesn’t work while hypocritically discouraging the very travel and human contact they engage in themselves.