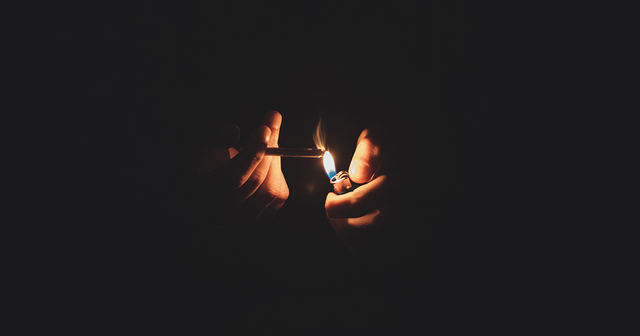 The Cost of High Cigarette Taxes

Cigarette tax increases are often justified on the belief that they will force people to quit smoking, but new research from the Mackinac Center for Public Policy and the Tax Foundation suggests that many smokers aren’t kicking the habit. Instead, they are turning to the black market for cheaper smokes.

Drenkard co-authored the new study — Cigarette Taxes and Smuggling: A 2016 Update — with Mackinac Center for Public Policy’s Michael LaFaive and Ohio State University Senior Lecturer Todd Nesbit. To determine smuggling rates across the country, the authors compared the legal paid sales of cigarettes in 47 states with the reported smoking rates. The difference between the two is attributed to smuggling, either casual or commercial.

… A resident of New York City pays $6.85 in taxes for each pack on top of the actual cost of the smokes.

Even though states in the northeast tend to impose higher cigarette tax rates than the rest of the country — see a map of rates here — New Yorkers can still save quite a bit of money by going across state lines to buy cigarettes.

As pointed out by the Boston Globe, New York is the highest importer of illegally purchased cigarettes, with over 55 percent of the cigarettes consumed there having been purchased across state lines. New Hampshire, on the other hand, is the largest exporter of cigarettes, likely due to its relatively low tax rate compared to its surrounding states, NH 1 News Network detailed.

“Most people aren’t quitting,” LaFaive, director of the Morey Fiscal Policy Initiative at the Center, was quoted as saying in Minnesota’s City Pages. “They’re just acquiring their tobacco elsewhere.”

Smuggling can come at a high cost to the public, the New York Post explained:

… Besides the tax losses, the smuggling activity has uncovered evidence of violence against residents and police officers; financing of a terrorist organization; cigarette truck hijackings and counterfeiting of tax stamps; property damage; and the counterfeiting of name-brand cigarettes that are replaced with inferior products, including smokes from China.

“What lawmakers and others don’t seem to realize is that all of this activity undermines health goals,” Nesbit and LaFaive said in an op-ed for Indiana’s Kokomo Tribune.

Indiana is one state currently considering a tax increase that researchers explained would lead residents to purchase cheaper cigarettes from surrounding states like Michigan. Currently, Indiana is a net exporter of cigarettes due to its relatively low tax rate.

While the goal of improving public health by lowering smoking rates is commendable, those who hope to achieve this end by way of tax hikes must consider this updated study and similar findings from dozens of other researchers.

“Few politicians realize when they vote for higher excise taxes that doing so may dramatically increase cigarette-related crime, such as smuggling,” the authors were quoted as saying in Watchdog. “Policymakers should take these realities into consideration when contemplating how much to tax cigarettes.”

Cigarette Taxes and Smuggling: A 2016 Update

AZ Central: Arizona Has the 12th-Highest Cigarette Tax in the Nation; Why That Might Be a Bad Thing

Phoenix Business Journal: Arizona is One of the Worst States For Cigarette Smuggling

AZ Wishesh: Arizona Is One of the Most Cigarette Smuggled States