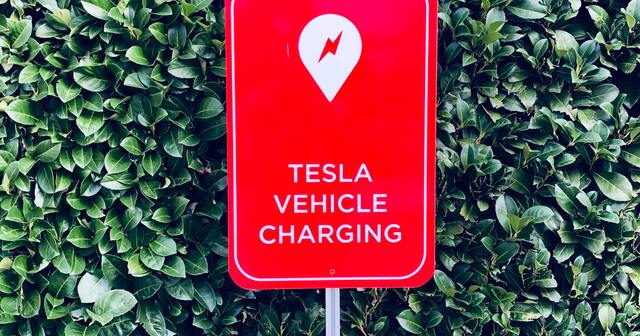 Taxing the Poor to Pay for Your Electric Car

Electric Vehicles are hip and happening. Media reports gush over auto manufacturer plans to transition their fleets to EV production in an alleged response to growing grassroots and public demand. When asked, hybrid and battery electric vehicle advocates and owners proudly state their love for their vehicles. But when you dig into the details, you find more to the story than just growing consumer demand.

There is no doubt that a certain portion of EV owners are simply dedicated to the technology and willingly pay a hefty price to own one. But media reports point to government policy as the “linchpin for EV adoption,” including mandates for EV use, forcing electricity consumers to pay for charging infrastructure and continued subsidies for EV manufacturers and buyers.

One problem with those policies is that they tend to benefit big auto manufacturers and relatively well-to-do EV buyers, but do so at the expense of the taxpayer. A 2017 CarMax/CleanTechnica survey clarifies the demographics of the average EV owner: 65 percent are over 40, over 70 percent are college educated, and almost 70 percent make over $75,000 per year. One other interesting statistic appears when EV owners are asked how they travel when they plan to go beyond the range of their vehicle’s batteries; 42 percent noted they “use a second car.” Ostensibly their second vehicle is fossil-fueled and, therefore, not similarly range-limited.

A recent study by TrueCar.com confirmed these demographics, reporting that the average Ford Focus Electric owner was 43 and had an annual household income of $199,000. Fiat 500e owners had an average age of 45 and household income of $145,000. John Krafcik, president of TrueCar.com noted that “[t]hese are really affluent folks” and explained that they are attracted to EVs in large part because of the deals, subsidies and rebates offered to EV buyers. Krafcik noted that looking for bargains was “in their psyche.”

And the bargains appear to be rolling in for this group because a key requirement to the broad acceptance of EVs is the dire need for far more charging infrastructure. A recent Bridge op-ed, with a headline that bluntly states Michigan’s elected officials “should boost electric vehicle markets,” confirms this reality. The authors write: “[B]oth major utility companies here in Michigan, DTE Energy and Consumers Energy, have submitted plans to the Michigan Public Service Commission for charging networks, which would increase the number of charging stations and ensure a rate structure is in place to accommodate EV drivers.”

But accommodating EV drivers means non-EV-owning people need to cover the cost of installing chargers for “really affluent folks” who want their Tesla Model 3s and Nissan Leafs topped up when they’re out and about town. To help make that a reality, the Michigan Public Service Commission, the state government authority that oversees electric utilities, approved a July 2018 rate increase for all DTE customers. That increase will force Michigan residents to pay for the $13 million the utility plans to spend on EV charging stations. In January last year, the MPSC also approved a Consumers Energy rate increase that, in part, covers the costs of a $10 million “PowerMIDrive” program to “support the growing [EV] market in Michigan.”

Among the “support” offered was a $500 rebate for each EV purchased and $5,000 rebates to install chargers in public areas. Up to $70,000 rebates would be available for installing a DC Fast Charger, which is valued for its ability to quickly charge EVs in higher traffic areas. The Commission also allowed Consumers Energy to “recover program costs over five years through a deferred accounting mechanism,” regulator- and utility-speak for “add a surcharge to everyone’s utility bill.”

Of course no one is suggesting that research and development of hybrid and battery EV technologies should cease or be held back. But many of us are quite comfortable suggesting that the regulations, subsidies and mandates forcing all Michigan residents to foot the bill for EVs are fundamentally unfair.

EV owners are willing to pay a premium to purchase their cars and they enjoy the benefits associated with owning them. It is only reasonable that they should pay the other costs associated with them — like installing charging infrastructure — as well. After all, the statistics show, pretty convincingly, that if anyone is able to cover those additional costs, it is EV owners themselves.