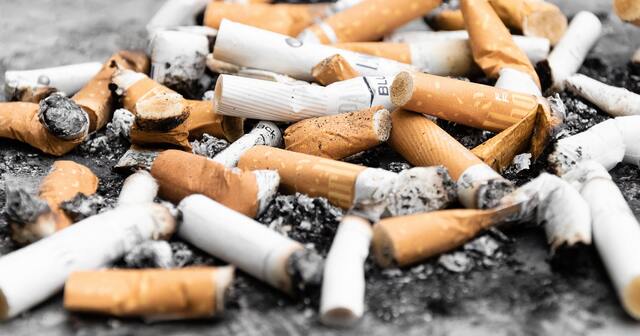 Latest data shows the relationship between cigarette taxes and smuggling

Editor's Note: This article was updated with corrections on October 23, 2019.

Each year the Mackinac Center for Public Policy and the Tax Foundation of Washington, D.C. work in concert to highlight key impacts of state cigarette excise taxes on tax evasion and avoidance (what we call “smuggling”).

Over time many states lawmakers have increased their states’ cigarette taxes to such a degree that lawbreakers have profited from moving cigarettes illegally from low-tax to high tax states. They do so to capture or arbitrage the difference between tax-induced price differentials which can often result in big savings or big profits for consumers and organized crime syndicates, respectively. Smuggling is not the only unintended consequence of higher taxes.

Michigan ranks 14th in the U.S. according to our calculations at 20.6 percent of the market. Of all the cigarettes consumed in the Great Lake State through 2017 nearly 21 percent were smuggled. That figure may leap upward to 34.4 percent if the $1.50 excise tax hike proposal introduced last February is passed into law.

Our latest estimates use data through 2017 which permits inclusion of California’s $2.00 per-pack tax hike. We find that the Golden State’s smuggling rate has increased to 44.6 percent of total consumption (legal and illegal), lifting its rank among states from seventh to second. Only New York tops the list, as it has for years, at 55.4 percent. After California the topped rank smuggling states are Washington (42.8 percent), New Mexico (40.8 percent) and Arizona (39.3 percent).

California is a new addition to the top five smuggling states in the nation. The estimates are made using a statistical model of the Mackinac Center’s creation. It compares legal paid sales to adults by state with estimated smuggling rates. The gap between what should be getting smoked and what is getting smoked need be explained and we lay it at the foot of smuggling.

It is worth mentioning here that our model attempts to measure inbound smuggling from Mexico but it is possible that many illicit smokes entering these states may first pass through a bonded warehouse at which time they are diverted into a retail market. California’s busy port system provides ample opportunities.

In 2018 two scofflaws were arrested in their attempt to avoid paying cigarette taxes on smokes purportedly bound for international shipment. Instead, the untaxed cigarettes were peeled off at the Port of Los Angeles and distributed to local retailers. The arrests were part of a larger investigation that uncovered more than 2 million contraband smokes.

Of course, not all states are net importers of illicit smokes. Some are source states for large scale shipments for profit or smaller cross-border shopping by individuals looking to save a buck. The top five net export states among the 48 contiguous ones start with New Hampshire at 65 percent. That is, for every 100 cigarettes smoked in the state an additional 65 are smuggled out.

What is interesting about New Hampshire is that the state’s per-pack cigarette tax ($1.78) isn’t that low, it is just much lower than surrounding states. New Hampshire is followed in our rankings by Delaware (40.6 percent), Idaho (26.8 percent), Virginia (22.1 percent) and Wyoming (22.4 percent).

Smuggling, unfortunately, is not the only unintended consequence of cigarette excise tax increases. Imposing high excise taxes on cigarettes are the equivalent of ringing an illicit profit dinner bell and yelling “come and get it” to the criminal class

Just weeks ago there was a retail break in in Weatherford, Texas where the local police foiled the robbery. The police officer told the news that about nine of 10 smash and grab jobs involved cigarettes because they could be resold profitably in Forth Worth. An Ohio man was arraigned in January after he tried to steal an entire truckload of smokes. Hijacking them out from underneath drivers is not unheard of because the cigarettes have usually had their state tax stamp affixed, which makes them a more valuable haul. In December 2018 one retailer was robbed of thousands worth of cigarettes twice in one day.

And these are just garden variety robberies. Thieves have smashed through walls to get at cigarettes of wholesalers and retailers in the middle of the night. We know of murder-for-hire plots involving cigarette smuggling operations, truck hijackings, counterfeit cigarettes, assaults on police officers and corruption of public safety officials.

All the above are connected to the patchwork of tax-induced cigarette price differentials. A better approach is for high tax states to lower their tax burdens to help close the yawning gap between their high-tax states and those with more reasonable levels.